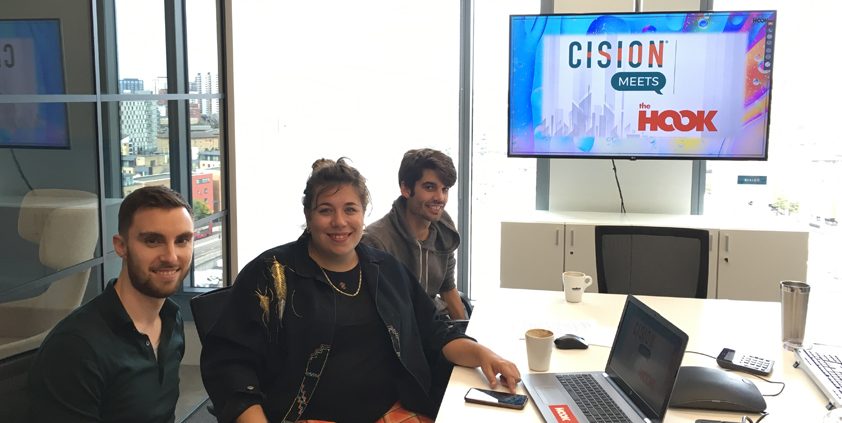 The Hook’s original content is what helps the social publisher stand out from its competitors, head of production Jessica Lever revealed in Tuesday’s inaugural CisionMeets… webinar.

Lever, who was joined in the webinar by chief content officer Mike Burton, outlined how the title’s signature original content engaged its audience but was also fun for the team to produce.

“We started making original content and comedy sketches and discovered that people loved them, and were commenting on them, and that they produced massive view numbers,” she said. “There was obviously a massive gap in the market, but also this type of content is what we love creating, and because we’ve always done that in-house it’s what makes us stand-apart from other social publishers.”

The pair also used the webinar to detail what The Hook is looking for when creating content, how the content resonates with its generation Z and millennial audience and how they both like to work with PRs.

With Facebook established as the publisher’s main platform, the team is looking to expand its presence across other areas of social, with YouTube the natural fit for its original content series formats.

“We’re looking to have original formats around gaming, films, TV, and music, so I think YouTube is going to be a big priority for us and growing our audience on there,” said Burton. “Unlike other platforms, which can change, YouTube knows it’s a video platform. We make videos. It’s a no-brainer to get our original content series formats on there to start to build a strong following.”

Lever added: “I think that’s what we’re always trying to think of; how can we get the best out of our content and how can we adapt it for all of the different channels so that we have a different offering across all of them.”

One of the social publisher’s newest developments is a regular podcast – The Breakdown – hosted by comedian Jamali Maddix. As well as videoing the interviews, which allows the team to distribute various clips across its social platforms, the medium is also one which proves popular with The Hook‘s core target audience.

“Podcasts are a platform which is growing really quickly and are popular with our audience, so it was obvious we needed to go there” Burton said. “For us we’re getting even more great content, which we can then redistribute across other platforms. We can take cuts from that and put it on Facebook, Instagram, YouTube etc. We’re getting loads of content out of each one.”

He added: “From the guest’s perspective they’re getting loads more time to talk about whatever project it is they are passionate about at the moment, and communicate in their own way, and in a lot more depth. It’s a win-win.”

The podcast has so far featured the like of Love Island narrator Iain Stirling, actor/presenter/DJ Reggie Yates and writer/director Stewart Lee, with both Burton and Lever listing Louis Theroux, Gordon Ramsey, Adele and members of the Spice Girls as celebrities on their podcast wish list.

While The Hook’s key topics tend to involve film, TV, music and gaming, both Burton and Lever were keen to stress that they will always consider ideas which would excite the title’s target audience.

They noted that they wouldn’t normally cover a book launch, but as it would involve Love Island’s Iain Stirling appearing on the podcast to talk about his experiences in-depth, they were delighted to cover it in-depth.

“We’ve always done things on a case-by-case basis, Lever noted. “We always say that we’ll try anything once and see how it works, and how it goes down with the audience – we have done some really weird things in the past!”

Burton added: “It’s all about how good is the content and is the audience going to connect with that? If yes then we’d definitely be interested.”

Given that The Hook publishes on social platforms, all content must have that social theme running through it. Lever stated that when coming up with content, the team always think about what emotion the piece of content would convey with its audience.

“Emotion is the key to engagement, so when we’re putting something out there we think whether we want our audience to laugh, think, be informed etc,” she said. “That’s the key to social and the whole point of social, when you’re putting content out there you want people to engage with it.

Lever added: “That’s what we like to judge success on; that someone watched the video then tagged their friend and recommended it, that’s why we’re doing this.”

Opinion: Why “PR” is having a renaissance
Brendon Craigie, co-founder and managing partner at Tyto PR, examines why PR professionals are once again adopting the PR moniker. The public relations industry is in the [...]
News Analysis
Request a Demo and Pricing
Connect on Social:
CisionMeets… webinar series launches with The Hook