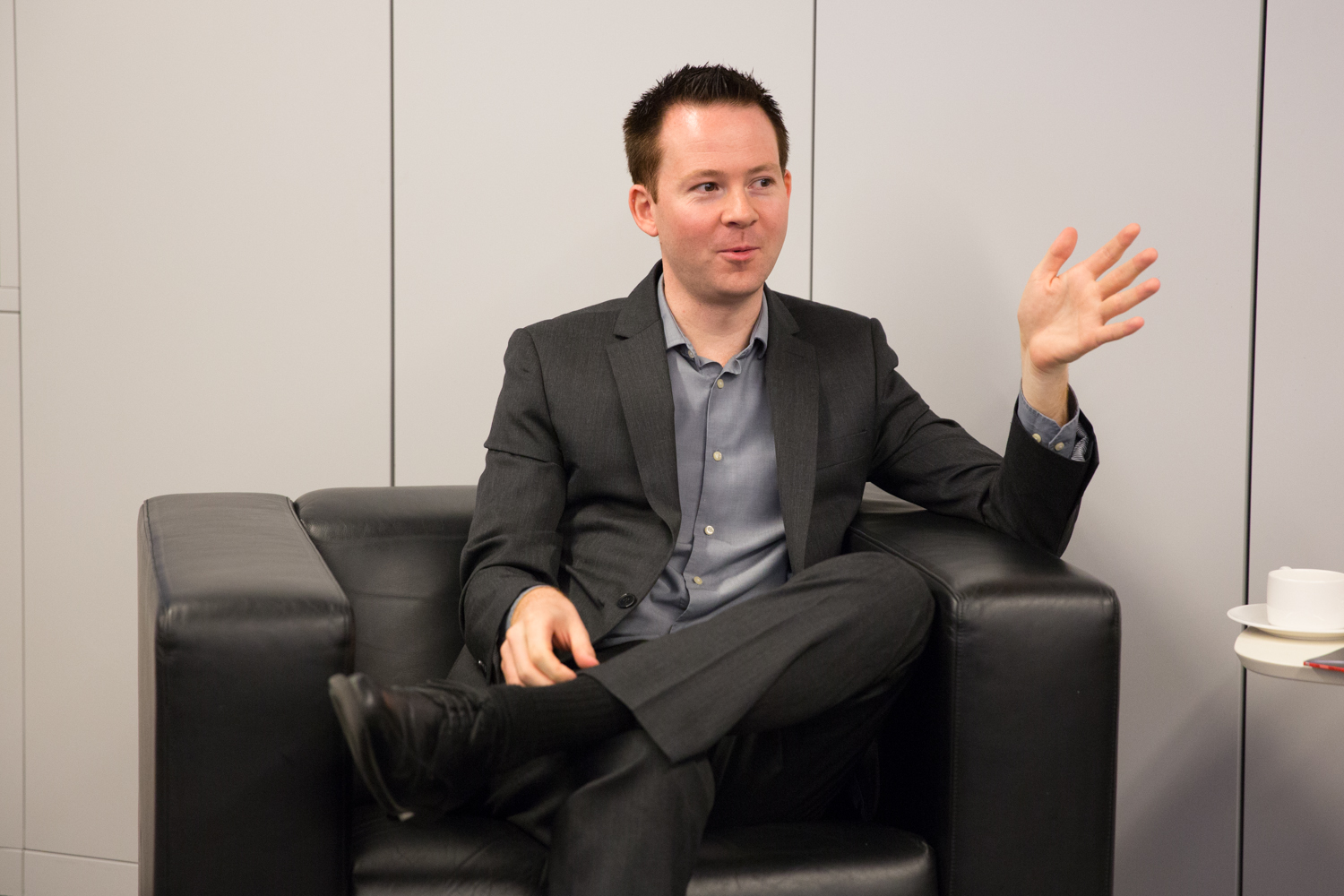 PR Week is a monthly trade magazine that publishes news, analysis and features for and about the PR industry.

“You could be writing about Kit Kats, refugees, cars or NASA”. Reporting on PR, creating agenda-setting issues and avoiding the trap of “chin-stroking, naval-gazing” trade media, were some of the topics covered by John Harrington.

Since joining PR Week in October last year, John Harrington has had plenty to do. Brought in as deputy editor, he’s had stints as acting editor and acting news editor, which is why he quips that over the last year he’s spent “most of his time doing other things”.

On top of this, he’s responsible for PR Week’s many projects, which include the upcoming ‘UK Powerbook’ (outlining the biggest players in the industry), ‘Best Places to Work’, and ‘30 under 30’.

As a relative newcomer to the PR industry, he’s noticed some similarities between this environment and his last role at publican media title M&C Report, notably “alcohol and eating out”.

However there are plenty of opportunities for the comms community to feed into the title. Here are four essential things that Harrington covered in the briefing with Gorkana’s head of news and content, Philip Smith, including what you should know about the magazine, the content that interests its readership and the best places to pitch in:

Owning the issue
“We want to set the agenda for the industry”, he explained. “We could copy and paste account wins and people news and we’d have enough stories and nice pictures so it wouldn’t look embarrassing. But people expect more from us so it’s important we own certain issues.” Harrington insists that research, comments and analysis, produced on top of “bread and butter industry news”, sets the title apart, and that content for these features has to be exclusive.

Campaigns
The latest issue sees the launch of the ‘Five campaigns we like this month’ feature, which will run in addition to the more stats-heavy ‘Showcase’. Harrington suggests the PRs “could be better” with their own PR, and explains that these features are the place to “drill down” into results of PR work which consequently “gives readers advice on how they do what they do better”.

Size of budget isn’t an indicator of newsworthiness

Readership
“Our online readership is perhaps a bit younger than you might think. Our biggest single age category is 18-34. There have probably been stories in the past that are a bit more corporate level but we need to represent the changing demographics of the magazine, and I think we’re starting to do that.” As with other Haymarket titles, PR Week is digital first, which means the title produces content that appeals to the breadth of its readership.

Helen Smith, senior PR officer at the Natural History Museum, was in the audience: “It gave a fascinating and rare insight into the foundations of a successful PR campaign.”

Kate Mistin, account executive at You Agency, added: “It is great to be able to see these people in person. Hearing from John today about how the publication really does want to hear from PRs is the best thing.”