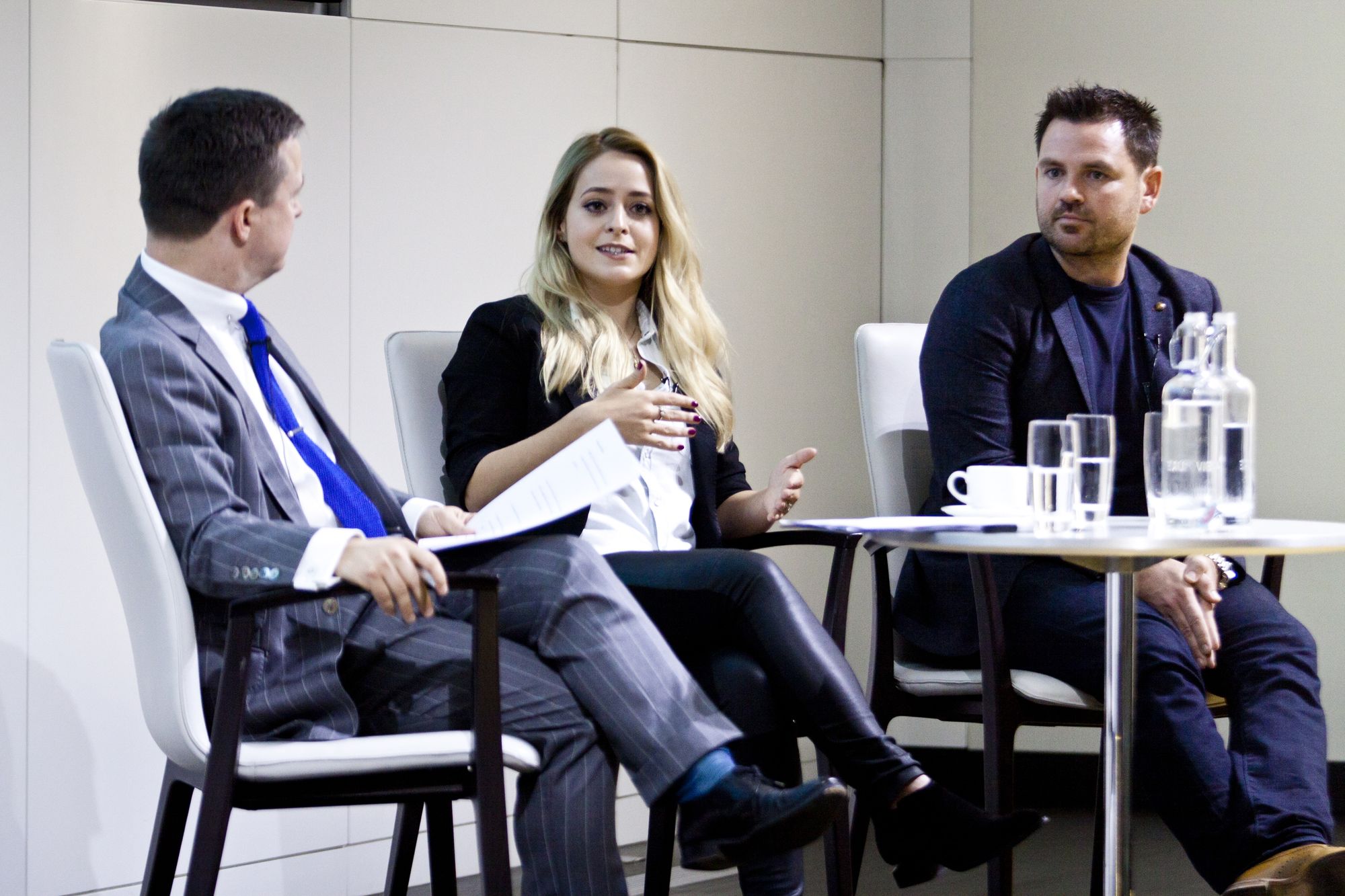 Gorkana held a media briefing with StyleHaul on 24 September.

We were joined by James Stafford, European VP, and Fleur de Force, one of StyleHaul’s top vloggers.

Snapchat, mascara and long-haired miniature daschunds.” The eclectic life of the vlogger, publishing for the largest fashion-conscious community on YouTube and the importance of “considered” brand collaboration, were just some of the topics covered by StyleHaul’s European VP James Stafford and beauty vlogger Fleur de Force.

StyleHaul, which houses over 6000 channels, is a multifaceted proposition; it provides a platform and knowledge base for its sizeable vlogger network of a combined 224 million network subscribers, works with brands to give them exposure to their target audience and gives the consumer access to a wealth of beauty content curated to their interests.

“It’s not a one size fits all service”, vlogger Fleur de Force explained. Having joined the network three years ago, she now has a YouTube subscriber base of 1.3 million, which she’s grown using the “customised” tools and resources that she’s provided with as part of the StyleHaul community.

Feeding into this community provides a “huge opportunity” for brands, Stafford said. Here are three essential things that Stafford and de Force shared with a PR audience in a live briefing hosted by Philip Smith, Gorkana’s head of news and content.

Successful vloggers tell stories
“Everyone talks about different things so the definition is pretty loose, but it’s essentially filming yourself talking about something you’re passionate about,” de Force explained. Despite the size of StyleHaul’s network, there is a shared belief that vlogging is about a personal connection between the host and the viewer. Brands hoping to work with StyleHaul’s vloggers should realise that in order to create great content, “it’s more about storytelling rather than product placement.”

Audiences want to be part of a conversation
“It has to be a conversation. That’s the first thing I say to any brand – you have to put on the table what you want to achieve from it whilst staying true to the native content. Essentially the audience are so savvy, especially now. The only way to get around it is to make great content that they want to see,” de Force suggested. It’s this balance between showcasing the product and maintaining the tone of the vlog that keeps people coming back. She added, “The main reason people continue to watch is because of the connection.”

PRs should focus on building relationships
“I have a good relationship with PRs”, de Force revealed. She emphasised the importance of getting to know who she is working with, and stressed that email is preferable to calling when first approaching her. For PRs hoping to form sustainable and meaningful collaborations with vloggers, it’s important to “read content, and find out what they’re into. Engage with them in a slightly different way.” Ultimately PRs should take the time to work out which relationships are best for their brand: “Identify people who are actually influencers rather than trying to get free products”.

Attending the briefing, content marketing manager at iProspect, Shaun Hill, said: “Fleur was incredibly insightful about the industry and vlogging. She provided useful tips and information about how to work with her channels from a brand perspective.”