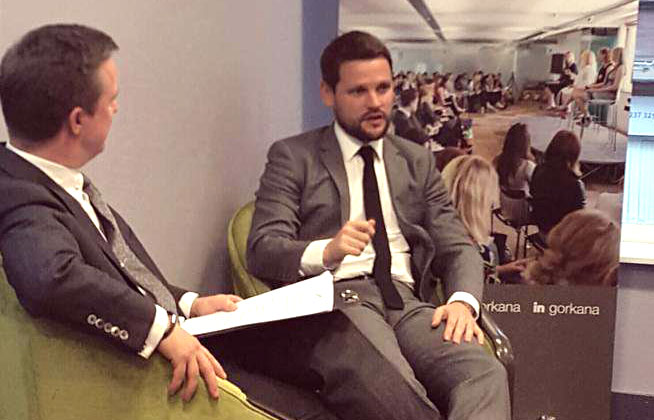 Gorkana held a media briefing with Gordon Smart, editor of The Scottish Sun.

In an eventful 12 months for Scotland, Gordon Smart, editor of The Scottish Sun, revealed why the referendum was the highlight of his year and what he and his team are looking for in their relationships with the local PR and comms community during an exclusive briefing with Gorkana in Glasgow last week (Thursday 10 September).

Although it has been some 16 months since Gordon Smart, editor of The Scottish Sun, last starred in a Gorkana briefing, it would be an understatement to say it has been a busy period for Scotland, the Scottish media and his title in particular.

He has clearly enjoyed the challenges and excitement of a historic period and, from sport to entertainment, with politics at centre stage, Smart revealed why covering last year’s referendum was the highlight of his year.

Here are just three of the pieces of advice he shared with the audience in the live briefing which was hosted by Philip Smith, Gorkana’s head of news and content:

Social media is a big focus
Although content on social media is effectively free, The Sun has a lot of “premium content”, such as online sports video content, which it charges consumers to access.

“The big change happening at the moment is about social,” Smart revealed. “We’ve been targeting a lot of our online editorial towards a big audience via Facebook and Twitter. Mainly Facebook … If you can get a big audience and then redirect them towards the paid-for content, we see a big win.”

Exclusive stories are still key, but it’s a challenge to keep stories exclusive in 2015
“That is our bread and butter – breaking the story first,” Smart insisted. But he acknowledged that thanks to social media it’s a challenge to ‘own’ a story. Flexibility and speed in the newsroom is key, he added: “We have a nimble attitude to breaking stories through social and breaking our exclusives online. It’s still a struggle (to keep it exclusive) when it’s a front page story. It has affected the structure of our day.”

Get hold of journalists early in day, but we want to hear great stories as soon as possible
“If you’ve got something good, any time (is a good time to contact us). But, for my team it’s best to contact them early doors, so they have a chance to pitch the story at our conference by midday,” Smart recommended.

According to delegates, the briefing was both insightful and useful.

Ewan MacGill, account manager at Wire Media, said: “Working in PR it’s useful to get access to newspaper editors and this event was no different. There are always lots of useful bits of information to take away which help when dealing with journalists day to day. It’s especially interesting to hear an editor’s opinions on the evolution of how news is produced and consumed in Scotland, and what we as PRs can do to aid that process.”

Adele Goodfellow, press and PR officer at Big Lottery Fund, was also in the audience: “Gordon shared personal experiences from his career in journalism and provided interesting insight on the challenges facing today’s journalists at The Scottish Sun. It was a great opportunity to hear his perspective on how journalists and PR professionals can work more effectively in the evolving media landscape.”

She added: “Gordon highlighted attention spans are getting shorter due to social media so it’s increasingly important to get to the point when pitching your story to a journalist. ‘Pitch your story within the first 27 seconds’- I’ll keep that in mind for future.”