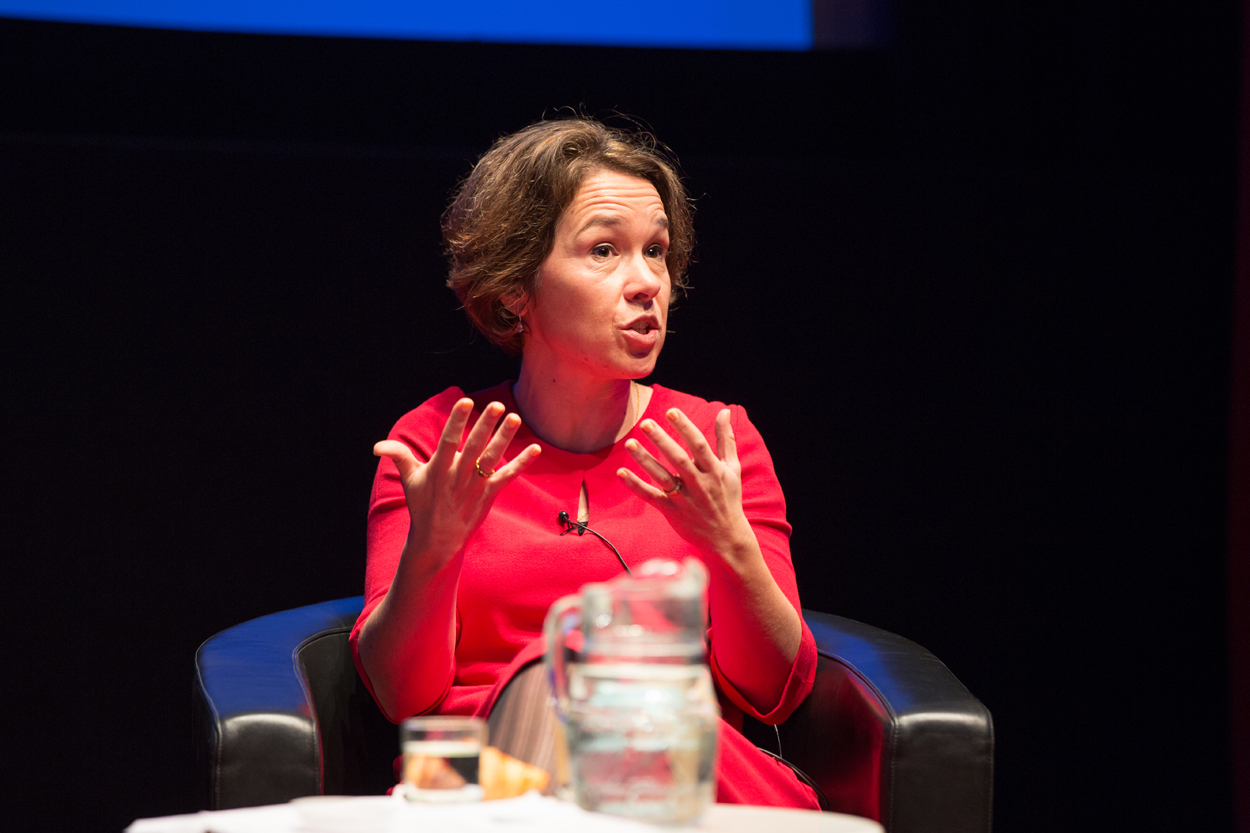 Gorkana hosted a media briefing with Becky Barrow, head of money at The Sunday Times, on 9 December.

Human interest stories and accessible language are key to making The Sunday Times’ Money section as successful as it is, according to Becky Barrow, Money editor, The Sunday Times. You would expect a publication with a circulation of 766,201 in print to have an impact but the Money section’s credibility is reinforced by recent award wins, including the 2015 Santander UK Financial Media, Financial Title of the Year, which it was given in November, writes Sam Willis. Barrow, who joined The Sunday Times in 2014, believes that money is an inherently emotive subject and content covering it should reflect this.

For instance, recently the section covered the issue of people who find they are left out of their parents’ wills. Barrow explained: “For me that typifies the change in the Money section. It’s about real people. Lots of our rivals – I think mistakenly – keep money as a very dry subject, which it is not.”

In an exclusive Gorkana briefing yesterday and in conversation with Philip Smith, Gorkana‘s head of news and content, Barrow shared more of her views and offered advice to comms and PR professionals who want to get involved with the Money section. Here are just four of her key points:

Fame and Fortune looks for high profile and topical interviewees
From Nigel Farage to Kelly Holmes, the Fame and Fortune profile in Money sees celebrities share their own experiences in personal finance. Anna Mikhailova edits the feature. Barrow said they won’t feature someone twice and value profile and relevance: “Often it’s great if they’re, not only somebody we’ve heard of, but also particularly news worthy at that time. Those are the two key criteria.

Money makes a real difference to real people
Money remains one of the most read sections, but also the most tangibly helpful. Speaking about Jill Insley’s Question Of Money column, Becky explained “Readers email her with their problems and she sorts out three or four of them every week. This Sunday, she’s got back £189,000 for one reader.”

The Sunday Times‘ Money readers are well informed, often extremely wealthy and charming
“Our readers at The Sunday Times are very well informed. They are often extremely wealthy and it’s not unusual for them to own more than one house. They’re often professionals or retired professionals. They’re quite an A-list bunch and they’re also charming”, Barrow commented. “We try to appeal to everybody”, she continued, “But we are a section that is read by a certain type of reader. I think our readers are at the top end of the income spectrum, but the reader might be very wealthy with two homes – while their child is not. We have to therefore write across the generations.”

Money has its own deadlines and PRs should submit pitches early in the week
Becky, who is not available on Mondays herself, emphasised the importance of getting pitches in to her team early. “The team are pitching ideas (themselves) on the Monday. From their point of view, they would like to receive ideas on a Monday morning”, Becky explained. These ideas are taken to the main (The Sunday Times) Editorial conference on Tuesday morning. The section goes to press on Fridays so stories or pitches submitted later in the week need to be extremely important to have an impact, she suggested.

Joey Green of Fanclub PR attended the event, and she said: “The briefing with Becky Barrow was incredibly insightful. I’m sure I speak for the majority of PRs when I say that we really want to do well by both journalists and our clients so hearing any sort of insider information is fundamentally useful to us and the information Becky shared was specific, thoughtful and wasn’t generic.”