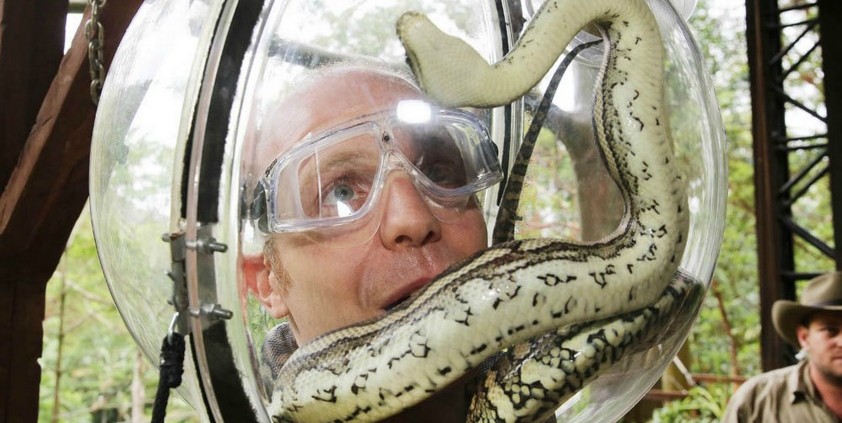 Firstly, tell us about your remit and what you will and won’t cover.

We cover stars of film, TV, music and radio generally speaking. We need to know what they are doing, why and where. Our readers love to know more about the famous faces they see and hear, whether it is an interview, gossip or news of something going wrong.

Who else is in the team?

The showbiz department is headed up by head of showbiz Tom Bryant and myself, but we are very much a team at the Mirror and print and online work closely together.

In terms of print we also have TV editor Nicola Methven and 3am editor Ashleigh Rainbird, who has two deputies Halina Watts and Hannah Hope. Online is currently being headed up by Lucy Buckland, acting celebrity editor online. The online team has done a great job in the past year by hugely increasing our web traffic.

What are the most important skills a showbiz reporter needs?

One of the most important things is to be really interested in TV, music, films and all areas of showbiz. There are reporters out there who aren’t interested in what they write about in all genres of journalism and I think that shows and means they give up on stories and pushing for news and access more easily.

The other thing we sometimes discuss in the office are ‘killer questions’ and what subjects you want to discuss when interviewing a celebrity. One of the key skills in this job is the ability to get new and interesting quotes out of people, sometimes when they are not that keen to talk or prefer to say the same old things.

What tone does Mirror showbiz use to cover content?

The tone of the showbiz stories really depends on where it appears in the paper or online and what the story is. Generally speaking 3am stories will be brilliant gossip or interviews with the newest and hottest celebrities of the moment. Page 3 stories may be lighter showbiz news and then elsewhere in the paper there will be a mixture of serious and light news and a showbiz double page interview.

How would you describe your relationship with PRs?

I would say generally I have a good relationship with a large number of showbiz PRs, though obviously this is sometimes tested when you have to occasionally call them to discuss negative stories about their clients.

Having worked in the same area for many years, I like to think I have a reputation for being honest and upfront and I try to give PRs advance warning if a story we are running is going to ruin their evening or day. They appreciate that however last minute the warning is!

PRs need to balance the needs of clients with needs of journalists. If the content, story or quotes are good, their requests can normally be accommodated in print or online. The worst thing is poor press releases or quotes which are just blatant attempts at advertorial.

How important is exclusivity?

All journalists will tell you they want exclusive interviews and stories, and when I can get them they are regularly on the front page of the Mirror. Exclusive stories are still the ones that get me excited and I still get a buzz from beating my rivals to land a big interview or when I am working on a great tip.

That said, the way the industry has changed now, nothing is exclusive for long. You can have a great story but within 10 minutes it will have been copied and be online somewhere else. But that is the nature of the business in 2015.

When should PRs be feeding in ideas?

If PRs have a really good story they think is worthy of a page lead for the next day’s paper, it is essential it comes across first thing in the morning before conference at 11.30am. Clearly if the story is good enough, it doesn’t matter when you call me, I will get it in the paper. And if it is the middle of the night and was a live story I would break it online. These days showbiz never sleeps.

What are your top tips for PRs when pitching?

Unless you have a big exclusive story for me, I am afraid I probably don’t have ages and ages to talk so I think it is best to be brief when pitching on the phone; you can always follow up with a more detailed email. If you are sending something all round to lots of people, something like a survey, then an email is enough. Journalists hate to be badgered by something that is not going to be used very big. And try to make the release or quotes as user friendly as possible.

You were in Australia in November covering I’m A Celebrity…Get Me Out Of Here! and even had a go at some of the bushtucker trials yourself…

Yes it was a great experience and I was surprised how uncomfortable I felt just spending an afternoon in camp. It was great to spend so much time concentrating on one subject and the ITV show – and hosts Ant and Dec – seem to go from strength to strength. I’m hoping to get another chance to do another more difficult trial this year if I can get back out there in November.

And finally, who are the rising stars we’ll be reading about in 2015?

It could be Eddie Redmayne’s year, there is a lot of buzz around him and Jack O’Connell. In music, BBC’s ‘Sound of’ has a good reputation for naming future stars so I will keep my eye on Years & Years and James Bay.