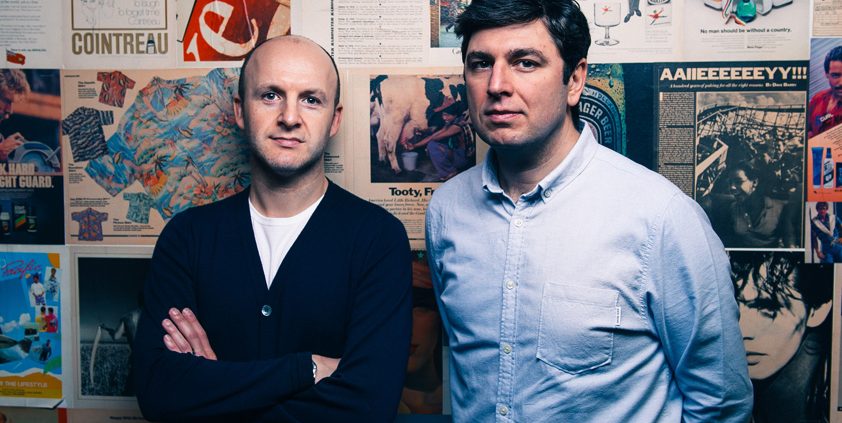 Mitch Kaye, co-founder of The Academy, reveals why he and Dan Glover started their second agency, how the pair work together and his love of AFC Bournemouth.

What made you decide to found a second agency – The Academy – after previously setting up Mischief?

We sold Mischief to Engine in 2011. After the two years’ post sale period was complete, we had plenty of remaining ambitions, loads of energy, and a belief that we’d get there quicker as an independent business who were the masters of our own destiny again.

The second time around feels very different, but there is no doubt we are braver, more comfortable in our own skin, and more driven. What we’ve achieved previously counts for nothing though, and we’ve got it all to prove again.

Why “The Academy” as a name?

We chose The Academy as a name for two reasons. Firstly in so many walks of life, be it film, music, art etc, it represents a place which sets the very highest standards. And from day one, that’s exactly what we’ve tried to do.

The second reason is because an academy is also a place to learn, and every day Dan and I, together with our team, continue to learn.

You founded The Academy with Dan Glover; how did you meet and how would you describe your partnership?

I set up Mischief in January 2006; by the summer there were four of us and one day someone on the team took a call from a guy called Dan Glover. In transferring the call to me she accidentally cut him off. Two minutes later he called back and we somehow managed to cut him off for a second time.

Luckily, he called back a third time and we arranged to meet. He was looking for an account manager role, which was something we didn’t need and couldn’t afford. When we met, Dan took me through his portfolio of work and it was so good I didn’t believe it was his, and thought he’d stolen it from a creative director in an ad agency.

In April 2014 we began The Academy as equal partners, but in reality we’ve always worked this way. He is the creative director who understands that you need to grow the business and its value to sustain the creativity.

And I hope he’d say I’m the CEO who believes the best way to grow a business of value is by doing best-in-class creative work. We understand each other’s worlds, work at the same pace, are paranoid about the same things, find the same things funny, and crucially, we couldn’t do each other’s jobs.

I am extremely lucky to have him with me, and even luckier that he called back for a third time on that day in 2006.

How important was it for you to ensure The Academy was a creative business?

It is extremely important. We believe the big opportunity is to build a creative business of scale which is capable of solving problems for clients. That’s where we believe we can have a genuine impact, and it’s what we feel our clients want and need.

But to achieve this, creativity has to be running through the veins of the business. Once our new hires arrive in January, 50% of our board will be made up of creative talent, with the other 50% having shown a commitment to supporting and enabling best in class creativity in their respective careers.

So we are putting our money where our mouth is, and making sure the leadership of our business reflects what we’d like to be famous for.

The Academy is split into very distinct constituent parts, what is the reason behind this? And how do you look to measure your PR output?

Two reasons really. First of all we think the PR agency of the future needs these capabilities within its core team in order to give their clients what they need. And also, we want to be able to control the quality and the speed of each element. If everything is within our building and owned by us, we can react quickly and remain like a start-up in terms of hunger and energy, rather than a big agency which takes too long.

In terms of measurement, we have our own Data & Insight capability within our team which helps us demonstrate value and impact to our clients, but ultimately the measure we are judged by is the business impact we have, and are able to demonstrate, in partnership with our clients.

With that in mind, I think our biggest achievement in 2018 is a record level of organic growth, which proves the point that the best opportunities for us are those among our existing client base.

Finally, you’re a big Bournemouth football fan, did you ever expect the club to become an ever-present Premier League team?

Not in my wildest dreams! My dad and grandpa took me to see my first match when I was seven, and while I’ve been addicted ever since, I never thought I’d see Bournemouth reach the Premier League.

It’s all down to Eddie Howe, who is someone I’ve had the huge privilege to meet, spend some time with, and learn from over the last six years, and someone who is a real inspiration.