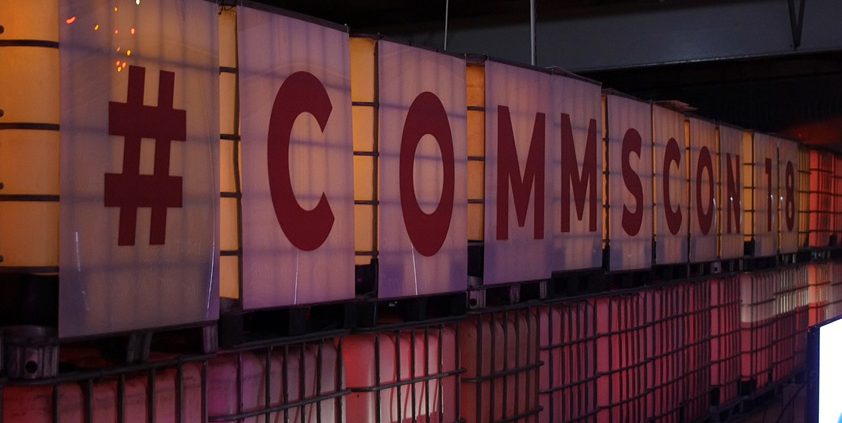 “Young people give a f**k” was the message LADbible‘s head of comms Peter Heneghan presented to the assembled audience of PR professionals at CommsCon.

He highlighted that the social publisher’s younger audience wanted to see purpose-driven stories focused on issues they care about, referencing the title’s Trash Isles campaign.

In a session moderated by Hotwire’s global head of consumer, Emma Hazan, Heneghan revealed how LADbible has changed its tone to reflect what its audience are passionate about, how to produce campaigns which advance “social good” and which ideas work best.

Heneghan explained that a key test for whether an idea will work on social is to imagine discussing it in a social situation; such as talking to friends down the pub. He warned that if you wouldn’t talk about the idea in that scenario, it’s very unlikely that a wider audience would want to engage with it.

While seemingly obvious, social content should be designed and created with social channels in mind, rather than just writing an article and using the headline as a tweet.

He revealed that over half of 18-34-year-olds in the UK – both male and female, followed LADbible, with its number of followers on Facebook is higher than the combined number of those following major national newspapers in the UK, and that its core audience is interested in three key subjects; mental health, politics and the environment.

LADbible is open to working with brands and other organisations to develop great social content in tune with its audience, Heneghan explained.

He highlighted the social publisher’s recent partnership with the Plastic Oceans Foundation on the Trash Isles campaign as an example of the title producing viral content with a partner, with the campaign even winning awards at Cannes Lions.

Discussing how brands should work with LADbible and other social publishers, Heneghan said that trusting the title to understand and create the best content, in the same way as working with an agency, led to the best partnerships.

“Respect the social publisher and work with them as you do with a third party agency or cause,” he said. “Copy and pasting the same content on various platforms is not social. Collaboration is key.”

The changing nature of publishing

The social publisher has changed the tone of its content from its formative years to better reflect what its audience wants to hear about, Heneghan revealed.

He outlined how the media landscape has changed and how audiences have become the masters of their own universe, highlighting that social publishers now had to grab someone’s attention within three seconds when using video.

Outlining the importance of using video content allied to other media, Heneghan said that the best strategy for brands is often to send b-roll footage to social publishers, who would then be able to select the most engaging shots based on their content-developing experience.

When evaluating what ingredients the best campaigns in the new media landscape contained, he surmised that all great campaigns will feature a creative idea, enabler and respected publisher working in combination.

Opinion: Why “PR” is having a renaissance
Brendon Craigie, co-founder and managing partner at Tyto PR, examines why PR professionals are once again adopting the PR moniker. The public relations industry is in the [...]
News Analysis
Request a Demo and Pricing
Connect on Social:
Cision Innovation Lab will provide the science to complement communicators’...