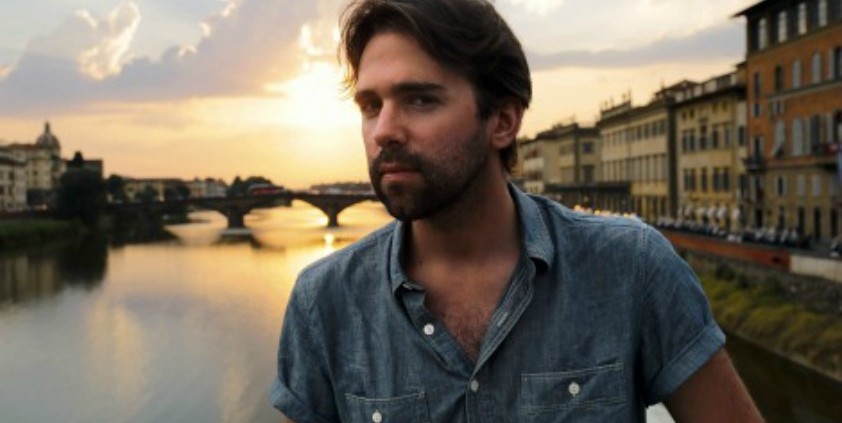 Ahead of the launch of Ars Technica UK next month, Conde Nast UK’s first digital-only publication, Gorkana catches up with senior editor Sebastian Anthony on geeky readers, how PRs can help and why it isn’t just another tech site.

The site launched in the US 17 years ago. Why was the time right to launch in the UK now?

Despite the picture that’s painted and perpetuated by technology journalism – that tech emanates from Silicon Valley and San Francisco startups – there is a much bigger, less-myopic story just waiting to be told. Ars Technica UK will primarily tell the story about the confluence of science, technology, policy, and culture in Britain, but we’ll also be looking further afield to Europe and beyond, to places where technology is fast becoming a locally grown thing.

In short, right now is the perfect time to be looking at the development of high technology in other countries, starting with the UK and Europe.

You were named senior editor of the site in February. Tell us about your role.

I’ll be running the UK version of Ars Technica. I will be in charge of editorial, my team of staff writers, and commissioning freelancers. I’ll also be in charge of keeping everything greased between the US and UK teams.

How big will the team be when the site launches?

The current plan is to have me and three other writers, plus a budget for long-form freelance work.

What will the UK site cover?

We’ll cover UK and European science, tech, digital policy, and where those topics collide with culture and society. We are also looking at bolstering some core areas, such as hardware, and possibly AV gear.

How will it differ from the US site?

Other than focusing more on UK content, the two sites will be very similar. We will both have full access to the other site. So when the US wakes up, they’ll be able to republish UK stories on the US site. Likewise, the UK site will have full access to all the stories being produced by the US team.

Really, the UK site is just about providing a better site for readers who want a story mix that’s less US-centric. We are being very careful to make sure that the launch of the UK site is entirely additive.

Tell us about the typical Ars Technica reader and what they look for in a tech site.

Ars Technica readers are highly intelligent, and are usually themselves highly skilled scientists, technologists, engineers, etc. Our readership consists mostly of engineers, programmers, IT decision makers, students, and C-level execs who are looking for indepth, objective journalism about the most important topics of the day. Basically, our readers are geeky and nerdy types who have a thirst for knowledge, and we’re one of the few sites in the world that can satisfy them.

Generally, we won’t be doing startups, though we will be looking at startups that leverage particularly innovative/interesting technology. We probably won’t be doing a lot of software, but if there’s an interesting software story, we’ll certainly cover it. We won’t be writing about apps, unless they’re incredibly innovative. We probably won’t cover Kickstarter/Indiegogo projects.

Other than that, I think everything is free game. Again, Ars Technica is kind of unique in that it’s interested in just about every aspect of technology and science, and as we move towards a world where almost everything is powered by a computer, there’s almost nothing that Ars Technica can’t write about.

What will PRs be able to help with most?

Bringing me stories about earnestly new/interesting/novel uses of science and technology, or their impact on digital policy, culture, and society at large. Do not bring me fluffy stuff or infographics. The barrier to writing an Ars Technica story is very high – we need good, solid, meaty details.

Basically, if PRs appreciate that Ars Technica is not just another tech site, then there’s every chance we’ll have a long, happy relationship. Think of Ars Technica as a way to help your client tell a story that might be too complex or nuanced for other UK tech sites. But, in exchange, we may need better access to the research centre, to the engineers, etc.

What’s the best way for PRs to get in contact?

Email is good! If I don’t respond to an email within a few days, a poke on Twitter (@mrseb) will usually illicit a response of some kind.

Do you have any top tips for PRs when pitching?

Give me all the juicy tech details up front. Tell me straight up why you think this development should be part of the greater technological story. If you can get me access to engineers or higher-ups at big/important/interesting companies, that’s good too.

And finally, what will be the big tech stories for the rest of 2015?

It will be very interesting to see if the Apple Watch is a commercial success or not – and if so, what happens after that. I still think we’re a year or two away from the technology being ready for wearables, virtual reality headsets, and other similar gadgets – but I could be wrong!

Other than that, I expect we’ll just see more of the same: faster internet connections, better LTE coverage, better smartphone cameras, etc. The internet of things, smart homes, connected cars, etc, these will start to become much more of a ‘thing’ in 2015, but I don’t think they’ll hit critical mass for another year or two.

Meet the Journalist: The Brighton Beezer publisher, Ilana Fox
Ilana Fox, the woman behind The Brighton Beezer, tells Gorkana’s Ona Zygaviciute about why she launched the publication, what makes it unique – and the role print journalism [...]
Interviews
Request a Demo and Pricing
Connect on Social:
Gorkana meets…HuffPost Young Voices