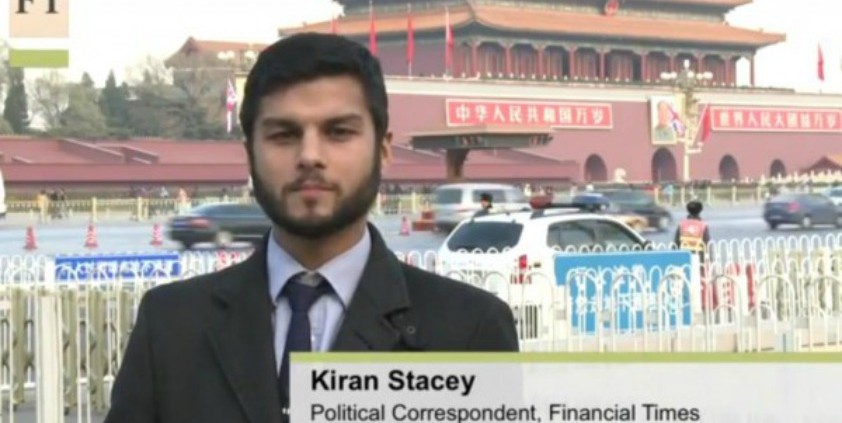 Kiran Stacey, political correspondent at the Financial Times, on the decline of spinning, the myth that British politicians are boring and getting robust polling data from PRs

Tell us a bit about your role and your remit.

I’m political correspondent. There are four of us who work in the lobby for the FT. We all have our own patches within that. I cover the Lib Dems, UKIP, the Foreign Office and the MoD as well. It’s quite varied.

During this election period, how can PRs help the team?

I think it’ll be quite tough. There will be a lot of material coming out of the campaigns and part of what we do is to cut through that. So if PRs get stats and good information, it just helps us cut through all the masses of material coming through the campaign trail. If you pick something really interesting that might not have been well covered it can really give you a glimpse of something that people might not have realised. So that would be really good.

I think PRs also need to understand that we’re all going to be hugely busy and might not get back to people instantly and if we don’t reply to e-mails, don’t then call two or three times to check if we got the e-mail. We’ve got quite a lot on at the moment. If something’s really good we will see it.

There’s going to be a lot of polling around. If you have a poll or survey story it better be pretty robust, particularly for the FT, as there’s going to be so much out there that yours has to be quite good. You can’t just a phone poll of 20 people and expect us to cover that. Likewise, you can’t pick up on facebook or Twitter data and tell us that is what the British public is thinking. Stories like that are really useful but have to be really robust.

How do you think comms around politics have changed since the last election?

A lot more of it is done online. Each of the parties has a massive Twitter presence, which they didn’t really have the last time around. That makes it easier for them – they can get their instant rebuttals in quite quick. I think things will move incredibly fast. The cycle seems to get shorter and shorter with each election.

I also think people are learning when to leave things alone, because they’re going to have died within a few hours. In the days of Alastair Campbell for example, you’d have spinners all over you for every story, desperately trying to put out fires. That doesn’t happen quite as much now. People seem to be willing to let things go a little bit more because there’s so much more out there. Generally, within the Government the level of comms has been pretty good.

Do you think the main parties have become more transparent in their communications?

To a certain extent. They can get away with less, as there’s enough people out there willing to pick them up on stuff and there’s enough data out there that you can do that. There are certain departments which are still very untransparent – the Cabinet office being an example of that. It can be very untransparent with how it deals with the FOI etc. I think it’s got better but half way through parliament it was dreadful with the information it was putting out.

The parties themselves are pretty open and approachable. I don’t find them spinning too heavily compared to what it might have been like in the past. If someone tries, there’s so many ways to pick them up on it.

Do you think social media is an effective way for politicians to engage or just another block for them to stumble over?

I think it’s incredibly effective. It depends on how you do it. It is obviously a risk, but if you can do it with some wit and some intelligence you can get a message out there, which you wouldn’t necessarily get out there otherwise. If you look at people like Stella Creasy, who’s got a huge profile from the back of her own Twitter feed, people like Jamie Reed, and for better or worse, Michael Fabricant – these people have personal brands and followings, which they wouldn’t otherwise have. I think it’s definitely worth doing. For instance the Lib Dems comms team have become quite good at Twitter and BuzzFeed-style graphics. If you can do this stuff with a light touch and understand the media, you get through in a way you wouldn’t otherwise in such a crowded market place of political comment.

The other thing to remember is journalists can have very tight deadlines. Actually, sometimes, just tweeting out a quote can be a very useful way of getting something out there, because it’s quicker for us to take it off there. It’s essentially a newswire. It can be more useful than putting something on the PA because we’ll all see it, it will get retweeted a lot and we can get it from there instead of chasing around to find who’s commented on something.

With voter engagement amongst younger people on the decline, is it part of a journalist’s responsibility to increase that interaction?

I don’t think for younger people especially. A journalist’s job is to make people interested in what they’re writing about, so to that extent, yes. But we don’t think “how can we make young people engaged and get out and vote?” Our job is to make people engaged with what otherwise sometimes feels like a dry subject. So hopefully if we’re doing our job right, people will feel more engaged naturally.

Is there a danger that increased personal media scrutiny on politicians dehumanises them and homogenises the political message?

Yes, that is definitely true, that is a risk. You see certain people are not like that at all and certain people won’t be homogenised. I think one of the difficult things is, because there’s so much out there, so much material and media you can comment on, so many issues people can be asked about, people sometimes return to their comfort zones if they’re a bit unsure, so they’ll just say something bland because they don’t want to trip up. That’s a shame and proper reporting shouldn’t be trying to catch people out for the sake of it on something they may not be particularly clued up on.

You can see there are plenty of quirky politicians. I think it’s a myth that our politicians are bland and all the same. We’ve got three leaders of three main parties who look and sound quite similar and have relatively similar backgrounds, but there are still plenty of characters out there, so I don’t think it completely homogenises people.

And finally, what do you think compels a story to do well on social media?

On Twitter, it’s mainly good graphics and if you can find something that suddenly just strikes a chord with people. It’s the same with pieces to be honest. I remember there was a piece a little while ago, done by Chris Hope at The Telegraph, where he’d spotted a leaf picker, picking the leaves off trees in the square just outside Parliament and he tweeted a photo of this happening and got such an incredible and immediate response, he realised he just hit on something.

What it seemed to be is that people felt this was another sign that MPs were all featherbedded and living it up on the taxpayer’s expense, so when he wrote a story about it, it generated huge interest. Sometimes you don’t know what’s going to go viral – just plug into what people are thinking and talking about. If you can find it, it can be very powerful.

Meet the Journalist: The Brighton Beezer publisher, Ilana Fox
Ilana Fox, the woman behind The Brighton Beezer, tells Gorkana’s Ona Zygaviciute about why she launched the publication, what makes it unique – and the role print journalism [...]
Interviews
Request a Demo and Pricing
Connect on Social:
Gorkana meets…Guido Fawkes