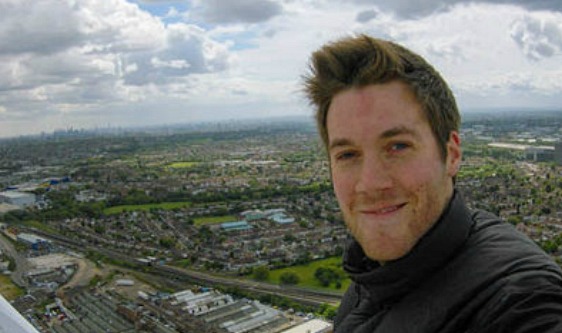 To launch EE’s world first 4G-enabled camera 4GEE, M&C Saatchi PR was briefed to come up with an unforgettable moment to secure national front page coverage. To demonstrate the power of the 4GEE, the agency set in motion a stunt from UK urban adventurer James Kingston to become the first person in the world to stand on the top of Wembley Stadium’s famous arch.

The campaign centred on the launch of EE’s 4GEE Action Cam. The device, which is revolutionising the fast-growing action camera market, provides the opportunity to live broadcast “unmissable” events and key moments with family and friends over EE’s 4G network.

The objective of the campaign was to produce an unforgettable moment, which is worth capturing on camera, to launch EE’s new 4GEE Action Cam – the world’s first 4G-enabled camera. The stunt had to work in tandem with a press conference and unveiling of the camera, which was being handled by EE’s product agency, Nelson Bostock. M&C Saatchi PR was challenged to secure complementary front-of-paper coverage and support the traditional tech-focused product coverage.

Our strategy consisted of several pillars of activity, working with urban adventurer James Kingston to perform a stunt of epic proportions, live-streaming a unique perspective of London from the top of the iconic Wembley arch and creating a breath-taking moment made possible only through the 4GEE Action Cam.

We captured the attention of both the media and public with powerful content of the stunt taken from the vantage point of a helicopter circling the stadium. A first of its kind stunt, set against the backdrop of the iconic arch, enabled us to create memorable still images and compelling video content.

To fully demonstrate the capabilities of the 4GEE Action Cam, the stunt was live streamed over EE’s 4G network to a press conference in central London where the product was being unveiled to media.

Building on the excitement and buzz we’d generated via the stunt, we were able to secure national media opportunities for James Kingston. Given he’s amassed nearly 200K YouTube Followers talking about his adventurous exploits, he was a natural at communicating the features of the camera to interviewers.

Mat Sears, director of PR and corporate comms at EE, said: “We constantly try to execute PR campaigns that make a real impact and we wanted James to do something that not only put his skill to the test but also demonstrated the new camera’s unique ability to stream live action via our 4G network where no WiFi is available.

“This was an exceptionally challenging execution, but with great risk comes great reward and thanks to the fantastic team at Wembley – who supported the project at every level – and our advanced connectivity in and around the stadium it was made possible. There can’t be many stadiums in the world where you can stand nearly 400 feet above the ground and still get a 4G signal of high enough quality to stream video content.”

The results of the campaign speak for themselves. Some 336 pieces of coverage were achieved, generating a potential reach of over 82 million.

Stunning imagery from the stunt, expertly captured from a helicopter flying over the arch, was featured in almost every National paper (ten x National print), including the Daily Mirror, The Sun, The Independent and Daily Express.

To date, we have also seen 500,000 organic views across YouTube video content alone for the campaign. The EE branded stunt video content was also placed on a further 34 online media outlets.

Sales of the camera [undisclosed] exceeded all targets set at launch with no ATL support in the first week.