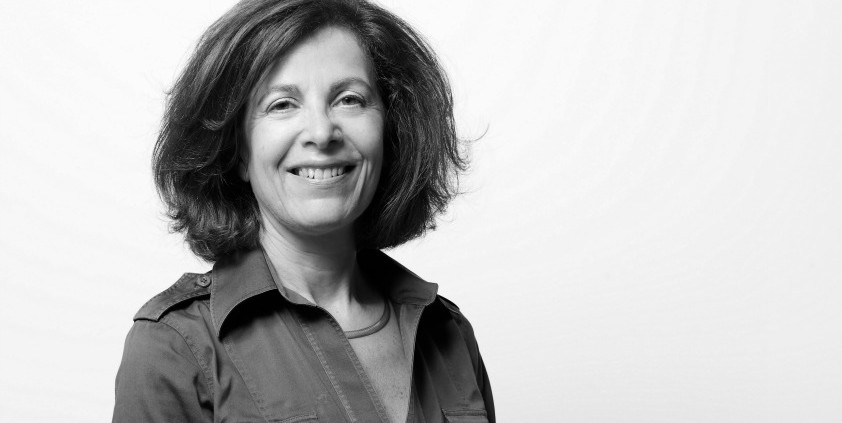 Joanne Hart, investments editor at the Mail on Sunday, on writing about stocks and shares for the paper’s ‘Middle England’ readership, how enthusiasm goes a long way when pitching into her Midas column and wanting to cover businesses with growth potential.

Firstly, can you tell us about your role and remit as the investments editor of the Mail on Sunday?

I joined the Mail on Sunday nine years ago. Financial Mail was looking for someone to write the Midas column and advertised it on Gorkana. I applied on a whim and two months later, they called up and said they were delighted to offer me the position! And, could I start in two weeks time?

I was given the title, investments editor, because I am the only person in the City pages who writes about investments – personal finance articles come under the remit of Jeff Prestridge, our personal finance editor. I sometimes write news stories and interviews but mainly I write the Midas column.

Tell us about the target readership of the Midas column.

The Mail on Sunday is a newspaper for ‘Middle England’ so readers tend to be conservative and Conservative. Financial Mail readers are a subset of that overall readership, generally above 45 and relatively affluent. When I write the column, I like to write it in such a way that even unsophisticated investors can understand it. I want to appeal to anyone who is interested in the stock market, even if they don’t know all the technical language and jargon associated with investing. On the other hand, I don’t want to sound over-simplistic so I guess my target audience is anyone who reads the Mail on Sunday and is interested in making money from shares.

How do you choose which companies to profile in the Midas column?

That is the question I am most often asked by PRs and, in fact, by anyone who knows what I do! It depends. I am sent lots of research by brokers and sometimes, I see a company that sounds interesting so I try and find out more about it and end up writing about it for the column. PRs often contact me directly with ideas, some of which I take further and some I don’t. Sometimes, I read or hear about a company simply by following what is going on in the news. Very occasionally, I even get ideas from readers.

I look for companies that do interesting things, in whatever sphere, and I always speak to the CEO, FD or some other senior person. If they can’t explain what the company does, that is a big no-no for me. On the other hand, if they sound enthusiastic and convincing, that is quite encouraging. Obviously, it is a fine line – some of the best conmen ever are the smooth-talkers so you have to be careful…

Do you welcome PR contributions for this?

Yes, within reason. I am happy for PRs to send me ideas, provided they have thought through whether the company they are suggesting really does have growth potential and really is well managed. No one has a crystal ball but it is not that helpful to suggest companies whose shares have doubled in the past three months or something similar because that obviously begs the question: what’s the upside now? It can also be slightly irritating when PRs keep calling and emailing me. I know that everyone has clients, who are probably driving them mad but if I like the sound of a stock, I will call or email back, even if it is not immediately.

Are there any sectors/areas that you’re interested in hearing more about?

No. The only sector I will not cover is gambling, on or offline.

What do you cover in your monthly column in The Banker?

I write a monthly column called Issuer Strategy, which looks at specific capital markets’ transactions from the issuer’s perspective. These can be companies, organisations or governments, ranging from Jaguar Land Rover to Cote D’Ivoire. In each case, I talk to the issuer directly to find out why they launched their transaction, why they chose the book-runners they chose and how they felt about the transaction from start to finish.

What is your relationship with the PR community like?

I think it is pretty good but you should probably ask them!

What is the best way for a PR pitch to get your attention?

I think the best way for a PR pitch to get my attention is if it looks as if the PR has thought about what I might be interested in either for Midas or The Banker. With Midas, it is really helpful if the PR has a cogent story to tell about why their client’s stock price should increase over the next year and beyond. With The Banker, it is more about whether a bond or IPO is genuinely interesting and whether the company will talk to me about it.

Can you tell us about how you work with PR agencies, such as Pagefield?

I work with several PR agencies, helping them in areas such as media training, copywriting and speechwriting. I really enjoy this work and I actually think it makes me a better journalist because I see how companies really work, rather than how they want journalists to see them. I tend to work with companies and organisations that aren’t quoted so it gives me an insight into all kinds of different worlds, from early-stage biotech businesses to charities.

Pagefield is one of the PR agencies that I work with in this way. I did some crisis media training for one of their clients earlier this year, after being recommended by someone I have been working with for many years. That was really interesting work and I then met the Pagefield managing partner Oliver Foster. Over the summer, I did some more media training with them. They seem like a fun and ambitious agency.

Do you have any top tips for how PRs should be approaching you? Then email david.keevill@gorkana.com to take part in a ‘Gorkana meets…’

Meet the Journalist: The Brighton Beezer publisher, Ilana Fox
Ilana Fox, the woman behind The Brighton Beezer, tells Gorkana’s Ona Zygaviciute about why she launched the publication, what makes it unique – and the role print journalism [...]
Interviews
Request a Demo and Pricing
Connect on Social:
Behind the Headlines with Exposure’s Raoul Shah