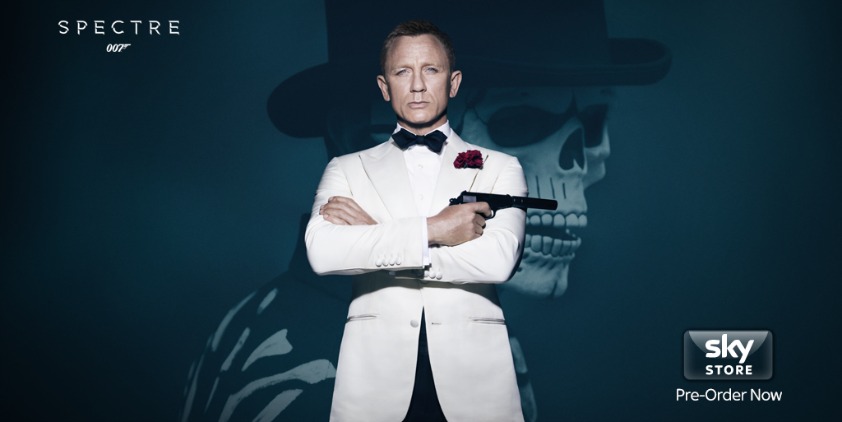 Sky Store has chosen Telegraph Hill to position it as the “home of pre-order” for upcoming film releases, following a competitive pitch. The agency is set to provide a campaign across social platforms to drive awareness of the availability of films, such as the latest James Bond movie Spectre, via subscription, on download, streaming and DVD.

M&C Saatchi PR was selected by video game developer and publisher Capcom to help launch Street Fighter V, ahead of its release on 16 February.

Tech PR agency CCgroup was appointed by mobile tech firm InterDigital as its international PR partner. The agency is set to promote InterDigital’s global reputation as a leading technology innovator and developer of advanced mobile, IoT and video solutions.

LEWIS added Dutch lifestyle brand HEMA to its consumer portfolio. The agency’s consumer team has been briefed to support the launch of its fifth UK store at Stansted Airport.

Ryanair poached Uber’s Cristian Samoilovich as its first head of public affairs as the airline continues “to work with the EU to increase the competitiveness of the European air transport industry”.

MHP has promoted ex-News of the World editor, Ian Kirby to a managing director role in its corporate affairs practice. It also made Christian Pickel and Simon Hockridge directors within its financial practice.

Ketchum chairman Ray Kotcher is moving to a non-executive chairman role where he will counsel both Ketchum and Omnicom’s Diversified Agency Services unit as of 16 January.

Alex Salmond, former Scottish First Minister, is set to host his own weekly show on LBC. It launches on 13 January, and will go out live every Wednesday afternoon during the Iain Dale Show.

There were a number of moves at the Financial Times with Jonathan Eley becoming deputy head of Lex, Jonathan Derbyshire being appointed as executive comment editor and Jeevan Vasagar taking the role of Singapore & Malaysia correspondent.

Martin Ashplant started as digital director at Metro UK, having previously been at City AM.

Ali Plumb joined BBC Radio 1 and 1Xtra as a Film Critic, taking over from Rihanna Dhillon.

News Analysis: How brands can adapt a successful food and drink PR strategy in the wake of the Government’s latest healthy eating push

Food and drink brands, particularly those aimed at children, are in the spotlight for what they put in their products and how they market them to the public. With the government raising awareness of health issues related to food high in sugar and fat, comms experts agree that food brands have to evolve their messaging and PR campaigns in line with the current political and consumer climate.

Christina Sandkühler, EMEA, head of corporate communications at LaSalle Investment Management, on the value of creativity in PR, why there should be appreciation of the power of comms at board level and why she once had to organise the ‘world’s greatest dice roll’, up a mountain, in Greenland.

Find out how Threepipe launched a social media campaign to raise the profile of Standard Chartered Bank’s Positive Living HIV/AIDS education programme with the help of professional footballers Emre Can, Philippe Coutinho and Jordon Ibe from Liverpool FC.

Behind the Headlines with CubanEight’s Sian Gaskell

Sian Gaskell, MD of CubanEight, on cutting her teeth at Channel 4, the mark of campaign success and her first challenging photoshoot.