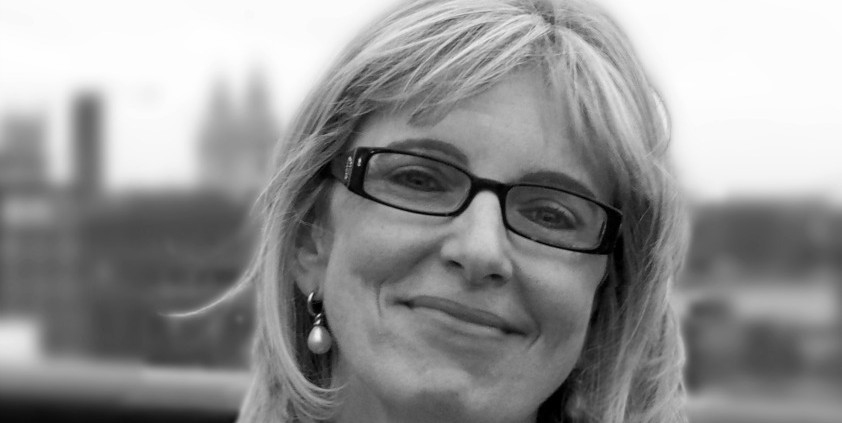 International Investment‘s editor Helen Burggraf  (pictured) and editorial director Jonathan Boyd, and deputy editor James Fernyhough, tell us about the “resurrection” of the title under Open Door Media, their symbiotic relationship with PRs and how they cover the issues that matter to the global expat community.

Can you tell me more about the relaunch of International Investment, and how you came to acquire the brand from Incisive Media?

Jonathan Boyd: Open Door Media was set up three years ago when former Incisive MD Nick Rapley decided to run his own ship. He then set out to launch and resurrect the International Investment title [which originally closed in 2008]. Obviously, Incisive still owned all the intellectual property around this and there were some negotiations that took place, which resulted in a deal to acquire the brand and associated awards.

Why did you feel now was the right time to relaunch?

Jonathan: On the basis of what we’ve been able to prove with [sister title] InvestmentEurope, both on the editorial and commercial side, it certainly makes sense to look to grow in this direction. Our research suggests the market needs some choice. Plus, it’s also a model that Nick has experience with from his Incisive days.

Helen Burggraf: I had just started covering the private equity industry for the first time, which was hugely interesting, but covering the offshore industry for International Adviser before that had been really fun, so I was really happy to come back to it, and  begin seeing and interviewing the same people again.

That part of it is nice, you really appreciate something when you leave it and come back to it.

Who are International Investment‘s readership and what issues concern them?

Jonathan: We are very much in the audience building phase. It is definitely a different audience from InvestmentEurope. International Investment targets international and financial advisers, wealth managers, planners, bankers, and we will be dealing with issues that are very central to them.

Helen: Regulation and tax are hugely affecting this audience at the moment. There are also concerns around visas and healthcare, and there are issues with insurance and products, packages and pensions. Moving pensions out of the UK has been a big industry in recent years but HMRC has cracked down on the ability to move pensions overseas and access your money before your fifty-fifth birthday.

Who are International Investment‘s competitors and what sets you apart?

Helen: International Adviser is probably one of our bigger competitors in this area. There are also lots of titles across a number of markets – both expat and global titles. The Telegraph Expat, for example, is for consumer readers; The Wall Street Journal has an expat website that’s also mostly aimed at consumer readers.

Jonathan: Some people are trying to do pan-European publications as we do or pan-global publications. We’re not just competing with these pan-global titles. Our competition can be very much one person’s niche in one region or one market or for one group of expats.

How is the new editorial team structured?

Jonathan: There are two editorial teams, one for each title (IE and II), as well as freelancers. The company is based in this one room. It’s not like working for a big media company with people working on different floors and buildings. I think that gives a different feel to it; we’re physically close to each other so if someone has a query or a bit of information they can just shout it out across the shoulder.

Jonathan: It’s a symbiotic relationship. There are certain ways that would be great for PRs to help at the moment. This is a brand that we’re trying to get people to know about. PRs who are looking to gain more exposure in a title that covers international life offices or the international financial adviser community would benefit from phoning up and having a chat with Helen or James.

How best can PRs approach and help you?

James Fernyhough: Because we’re new and setting up, we would really welcome people calling up for a chat if there are people doing stuff that we don’t know about. We would absolutely welcome finding out as much as we can about the industry.

Jonathan: Absolutely – calls, emails, visits! We’re always telling people that if you’re in town, come and see us. But yes, as a key message: reach out. Tell us what you want, what you need, what you’re doing. New areas and trends, and not just for the UK either. This is a global thing that we’re doing here. So for PRs who are thinking globally, they should think about us.

What are your plans or goals for the year ahead?

Jonathan: Digitally, we’ve launched a site and very much focused on making people aware of that so that they can get their daily fix of news and information. In terms of print, there will be a magazine that will be launching March to April with 10 issues per year. On the events side we are looking at a couple of events a year, one of which will be the continuation of the International Fund Products Awards which have been going for 16 years.

And finally, what is the most interesting cross-border deal you’ve covered?

Helen: For me it was FATCA (the Foreign Account Tax Compliance Act). It’s been massive for American expats; it’s just changed everything, and now Americans are renouncing their passports on levels that have never been seen because it’s the only way to be free of life-long tax filing requirement and potentially significant tax obligations, and the price of renouncing has soared exponentially. The way FATCA was signed into law was really fascinating because it was buried deep inside another piece of legislation, the HIRE Act, and no one saw it coming. That was always the most amazing thing that a piece of legislation that big could go through with no comment at all.

The International Investment team was speaking to Gorkana’s Ben Spencer