What media are you consuming on your way in to the office?

I listen to Radio 4 in the car on my drive to the station, then I scan Twitter on the train. The amount of video on Twitter now is off the charts, and includes eye witness reports when there’s an international incident. It’s news in the raw. When I’m listening to Radio 4 I can’t help but deconstruct how well spokespeople land their messages – I involuntarily score them for being clunky or natural. I can’t help it.

How did you get into PR?

I was working in the tech sector when a friend asked me to help with their start-up and I just got hooked.  I’ve remained involved with tech through doing PR for several start-ups over the years, particularly when the internet boom happened in 1997. One thing that is both a blessing and a curse is that I have never worked for a huge agency.

How has the comms world changed?

I think corporate comms used to be the dull second cousin of consumer PR, but now it’s where all the interesting decisions are made. Digital and social media have pushed reputation higher up the CEO agenda because of the speed at which corporates can now be brought down by a crisis. The flip side is that articulating higher purpose and communicating values and sustainability present a huge opportunity to create value.

What do you enjoy most about challenger brands?

It’s the licence to invent something new that gets our juices flowing. Interestingly, it’s not only start-ups that take risks and push boundaries, established brands can also be challengers in specific areas. One of the most interesting things we did last year was to develop a Diversity and Inclusion festival for the Lloyd’s insurance market called Dive In. It’s the first time there’s been an industry-wide festival of this nature and I’m really proud of the work Gong’s done here.

What’s the one thing that someone hoping to get into comms should know?

Hone your writing. If you want a job, write your way in. Mount a campaign, blog, tweet, opine. Get yourself noticed. If you are good, it’s irresistible, but take time to know what you are writing about. Read about the world. Comms without context isn’t smart.

If you could change one thing about the industry, what would it be?

I would want to force the best PRs to focus some of their resources on the reputation of PR, almost like compulsory national service to further encourage the flow of top talent in our direction. More Mad Men than Perfect Curve.

What is the greatest misconception of PR?

That PR is populated by hipsters who know where to party. We once got a job from a US client on the basis of looking less polished than they were accustomed to. They said that compared to the NY agencies they were meeting, our level of grooming made us look like we had time to fit in some work!

How do you take your business head off?

By getting down and dirty. I find digging the garden, weeding and pruning very cathartic. If we occasionally get to eat something I’ve grown and it tastes good, then all the better. 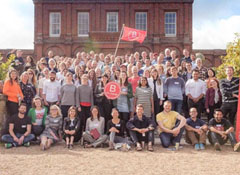 Gong signs up for B Corp status
B2B agency Gong Communications has joined the growing global collection of B Corporations, which have met “rigorous standards” of social and environmental [...]
Industry News 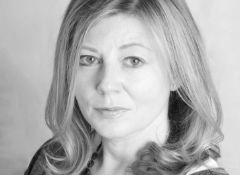 Gong Communications launches ‘purpose’ offering
B2B PR and marketing agency, Gong Communications, has partnered with Destria Partners to launch an offering that will help organisations to “define and activate their [...]
Industry News 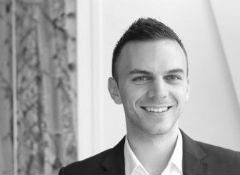 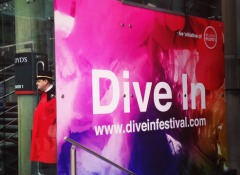