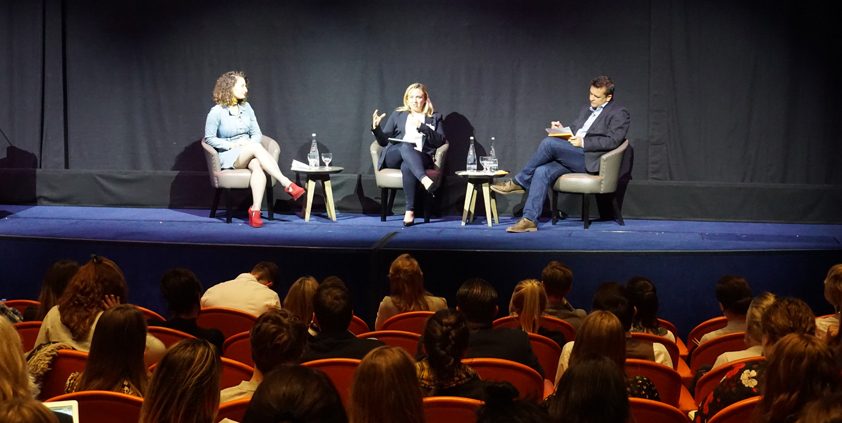 Here are three of the most important PR insights explored at the event – from the future of influencer marketing to why it’s essential to measure the performance of your campaigns.

As Cision CMO Chris Lynch said, the secret to crafting great PR campaigns comes down to three core storytelling principles: be human, be emotive and be original.

Originality is the hardest of these to achieve, but innovations such as competitor insights and social listening tools give communicators ways to differentiate themselves from the competition.

Dove put this approach to great use in its #RealBeauty campaign. The company used the Cision Communications Cloud to discover what people were saying about women’s body image and crafted a campaign that really resonated.

“Dove really gets at a lot of difficult issues about body image,” said Lynch. “The latest part of the campaign, which we supported, was around a creative content study. If you know this campaign, it has all the pillars of creative campaigns that we have been talking about.”

Measuring the impact of communications has never been more vital

The importance of measuring the performance of PR campaigns so communicators can demonstrate their business impact came up time and again throughout the event.

“Getting in a top tier outlet is great, but what does that mean for the business?” Lynch queried. “That’s a question that’s getting asked more and more.”

Although 81 percent of senior marketers believe earned media is more effective than paid media, marketing budgets are still skewed towards paid. This is an opportunity for communicators and PR pros to ask for meaningful metrics so that they can more accurately prove the business impact of their work.

@Trendmeister opens by speaking on how technology is changing the way our brains work + the rise of the attention economy #CisionWorldTour pic.twitter.com/baYOwng6eO

The Future Laboratory co-founder Chris Sanderson used his keynote speech to highlight the way technology is transforming how people engage with content. Consumers live in a state of total distraction, he said, and are constantly bombarded with technology.

“How is it we’ve lost the ability to do just one thing and do one thing well?” he asked. “The average human attention span has fallen, it’s estimated, from about 12 seconds in 2000 to just eight seconds by 2015.”

He concluded that technology is creating fantastic opportunities for PR professionals. But the industry needs to innovate and take full advantage of the latest innovations in order to create bold campaigns that capture the imagination of consumers.

Opinion: Why “PR” is having a renaissance
Brendon Craigie, co-founder and managing partner at Tyto PR, examines why PR professionals are once again adopting the PR moniker. The public relations industry is in the [...]
News Analysis
Request a Demo and Pricing
Connect on Social:
The Future Laboratory’s Chris Sanderson predicts a new era of PR crea...