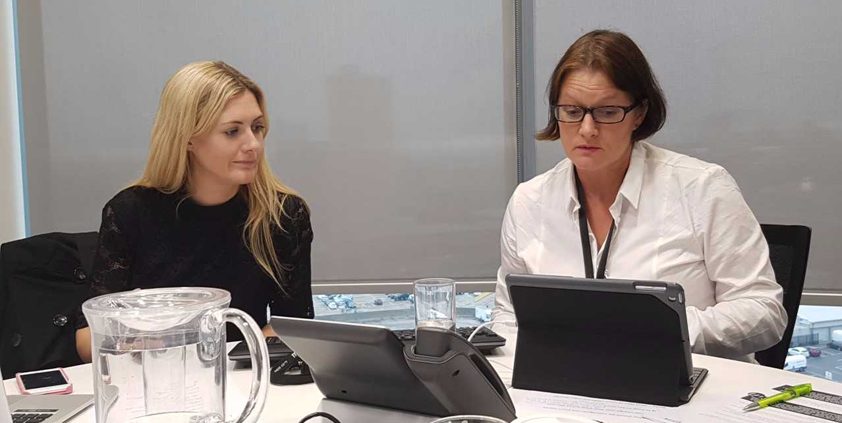 From Twitter’s falling popularity to the dawn of a new breed of “social journalist” – Cision’s 2017 Social Journalism Study is packed with insights to help communicators build great relationships with journalists.

With help from Cision’s Philip Smith and Becky Lucas (pictured left), GQ’s insight and strategy editor, she took an in-depth look at how social media trends are impacting journalists’ lives.

“UK journalists have always been a little bit different in this respect, and have always focused on Twitter,” explained Pole. “Not so, this year.”

“From the data that we looked at, they are telling us that, in fact, they are using around five main platforms,” she added. “Just 4% said they only use one.”

She also said we’re starting to see an increase in the use of video sharing and live video in the journalistic community – a trend she expects to continue.

Dawn of the social “messenger” journalist

This year’s survey uncovered a brand new class of journalist on social media, which its authors have dubbed “Messengers”.

“They use a variety of platforms, particularly messaging, to reach their audience and publish and promote content,” Smith explained. “They also reported that they’re more engaged with their audience, and that social media has changed their role as a journalist.”

Comprising 14% of those surveyed, these journalists are most likely to read posts from people they follow (96%) and to use social media to communicate with the public.

While more than half of journalists think social media has had a positive impact on their work, only a third think it has improved their productivity.

“In 2014, 58% of journalists said that social media had improved the productivity of their work and, to be honest, we were expecting this to go up,” said Pole. “But in fact, this year only a third said it’s actually improving your productivity.”

“GQ journalists use it for research, definitely, to find out what’s happening reactively,” confirmed Lucas. “We’re looking at what’s trending.”

“Our online editor knew that Blade Runner was coming out soon and was aware that there would probably be some preview screenings in LA,” she continued. “So [he] followed a few bloggers on Twitter and was just keeping an eye on them, waiting for them to break the news.”

What the Social Journalism Study means for PR

Lucas confirmed that social media is changing the way journalists think about content, with greater focus placed on a story’s life after print.

She added: “One point I want to make clear is, on email, if you are pitching an interview with a certain person, please let us know what their social followings are across all the different platforms.”

The 2017 Social Journalism Study is packed full of actionable insights for journalists and communicators alike – this is just a small taste.

To help you get at the information that matters without needing to wade through the whole report, we’ve distilled everything you need to know into a single easy-to-digest report. Download it today using the form below.

Opinion: Why “PR” is having a renaissance
Brendon Craigie, co-founder and managing partner at Tyto PR, examines why PR professionals are once again adopting the PR moniker. The public relations industry is in the [...]
News Analysis
Request a Demo and Pricing
Connect on Social:
Insight tops the agency agenda at exclusive Cision breakfast