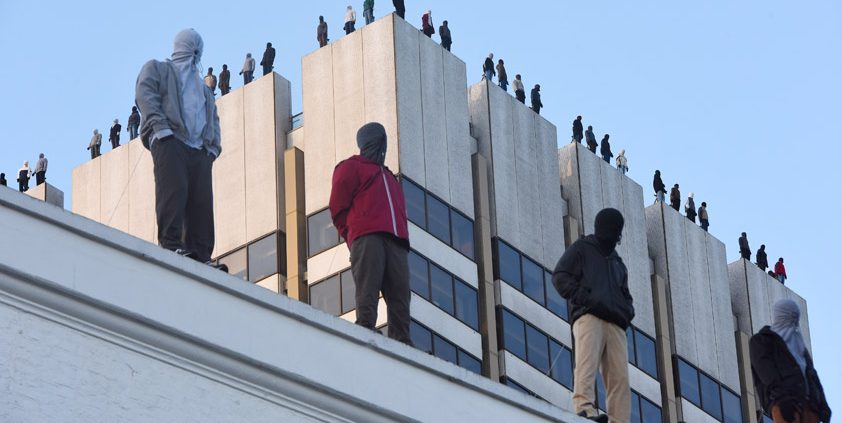 Adam Mack, UK CEO at W, discusses the agency’s commitment to its work with the Campaign Against Living Miserably (CALM) and what he hopes the campaigns achieve.

Unless you’ve been on a digital detox over the past week, you’ll have probably seen the incredible Project 84 campaign launched by the Campaign Against Living Miserably (CALM) on Monday.

84 sculptures of real men who have taken their own lives now loom over the Southbank as a hard-hitting and pertinent reminder of the fact that 84 men are lost to loved ones every week, through suicide.

The campaign has become a national talking point, with people in the public eye showing their support – from Sam Smith taking to Twitter to Jeremy Corbyn talking about it in today’s PMQs. And that’s what Project 84 is all about – removing the stigma attached to male suicide and normalising the idea that it’s OK for men to seek support.

CALM’s work is absolutely vital, and as an agency, that’s why W is so committed to supporting what it stands for. Our goal was to amplify the installation and deliver CALM’s message with far-reaching national (and now global!) coverage so we could actually initiate this much-need conversation. And that’s where the appeal of these campaigns comes in.

It’s all about placing the issue of male suicide – which most people actively avoid talking about – in mainstream press so they can no longer ignore it. Our global CEO Warren Johnson is personally invested and passionate about our work with CALM for that reason – it’s all too clear to us that men don’t feel as though they can express themselves as well or as openly as women often do.

#DontBottleItUp – which we launched with CALM last October with Love Island’s Chris Hughes – was all about how ludicrous the idea is that men continue to keep their struggles to themselves. Just as ludicrous (l’eau de Chris, get it?!) as the notion that Chris would launch a premium bottled water brand infused with his own tears. And it worked – the nation got behind it, delivering a 495% uplift in visits to the CALM website in the first 48 hours – 95% of which were first-time visitors.

Even in our work with Lynx and Anthony Joshua last year, we turned the sport of boxing on its head to achieve a similar goal. We wanted to deliver an emotional reaction that would resonate with a mass market, so we decided to present AJ in a previously unseen way – focusing on his mental strength rather than physical.

At a time when the (rightly) celebrated #metoo movement is making global waves for female empowerment, it’s easy to forget that men face issues too as they seek to redefine their gender role. So we’re committed to making a difference, and changing the ways people view masculinity is just a start.

Humanising the idea of male suicide via Project 84 is another vital step forward in reminding people that male suicide is about real lives and not just a statistic. It’s about drastic action and everyone should be taking a stand to join this movement, helping to prevent male suicide.

Sign the petition and take a stand with us.

Opinion: Why the north offers a world of comms opportunities
Alex Pegler, account manager at Higginson Strategy – which has offices in both London and Chester, explores how the northern powerhouse can drive comms opportunities [...]
News Analysis
Request a Demo and Pricing
Connect on Social:
Tom Ritchie: We are on the precipice of an earned media revolution