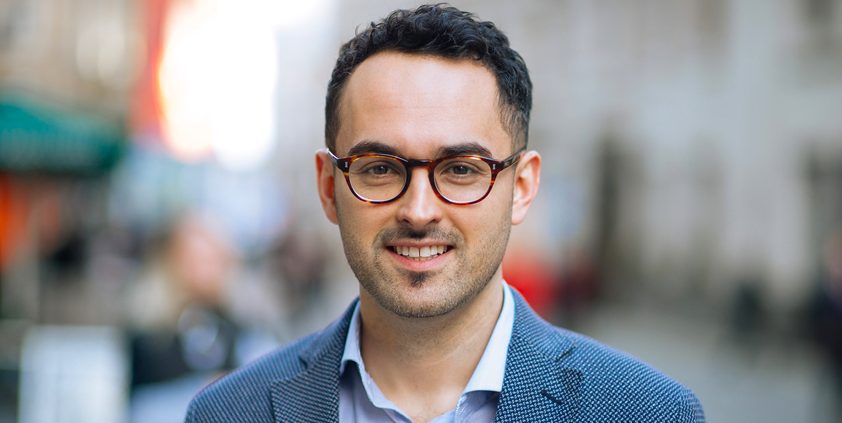 Alex Wood, European editor at Forbes and founder of The Memo, explains why the magazine giant bought The Memo, how the site’s content will evolve and his favourite Memo story.

You founded and edited The Memo, which has now been acquired by Forbes. What was it about the site which attracted Forbes?

My vision for The Memo was to create a business magazine fit for the digital age. We took the cutting edge tech trends and translated them for professionals across all industries, building an audience of over 500,000 readers every month.

And we put people and personalities at the heart of our editorial strategy – which aligned perfectly with Forbes’ original mission which still stands today, over 100 years after the first edition launched. Forbes celebrated its 100th anniversary last year, but is still carries an entrepreneurial spirit that made our partnership a perfect fit.

Now that you’re leading Forbes’ European online operation, what can we expect from the title’s growth in Europe?

Over the course of 2018, you can expect a rapid expansion of our contributor base from across every corner of the continent. As Randall Lane, chief content officer, recently announced Forbes’ already successful contributor model will continue to be at the heart of the brand’s growth.

I’ll be on the lookout for the smartest voices from across Europe to join us as contributors, sharing their insights with an audience of over 50 million readers each month.

Also, I’ll make it my personal priority to give European business leaders both big and small the visibility they deserve, and the opportunity to be seen by Forbes’ global audience.

Will the content you produce for Forbes change much from what appeared on The Memo?

The content you will see from us will be broader. At The Memo we focused on the impact of technology on business, whereas on Forbes Europe we will cover all aspects of business from startups all the way up to global brands that started out in Europe.

We’ll be bringing across some of our most popular features, including the much-loved weekly Memo newsletter – which we invite you to sign up for today – and “How to Boss it Like…”, our iconic series of profiles, which tell the stories of Europe’s biggest leaders and how they manage to get so much done in their busy lives.

Given the proliferation of fake news globally, what is the role of respected brands such as Forbes?

Personally, like so many people, I’ve struggled to cut through the noise of social media and seemingly endless content on the web. As a result, in an age dominated by fake news, it has never been more important to turn to respected brands in the media.

With over 100 successful years behind it, I can’t think of a better brand for business readers across Europe to trust. We will continue to uphold the highest standards of journalistic ethics at Forbes Europe and retain our position as one of the most-trusted brand in business.

Is there a crossover between The Memo’s audience and Forbes’ readers?

Yes, absolutely. The Memo’s audience grew to over 500,000 readers, most of which came from the wider business community, rather than the deeper tech world. I couldn’t be more happy with the fit between our audiences and the opportunity for us to continue the great work we’ve done at The Memo across the Forbes platform.

Describe your relationship with PRs. How can they best work with you and the team?

I love working with PRs to make a story that stands out. Across my career over the past decade, I’ve worked with many great PR professionals under embargo to make sure we get the best possible story every time.

Getting under the surface of a story and the people behind it is what gets me excited as a journalist – I want to know about the motivations of leaders, their backgrounds and what really makes them tick.

My team and I are obsessed with forward planning – we like to look as far as 12 months ahead, spotting the trends early and profiling the up-and-coming winners. So please give us as much forward notice as possible and let’s do the story justice.

We have a brand-new email account for our newsroom in London: europe-newsroom@forbes.com and welcome pitches at any time. Like many newsrooms, we receive a lot of emails, but they do all get the careful attention they deserve as part of our weekly planning process.

I’m also a regular contributor on TV and radio, which is one of the reasons I prefer not to receive pitches by telephone if possible – you might catch me when I’m covered in makeup and wearing a mic!

Finally, what was your favourite story published by The Memo?

Reflecting on the past three years, we had so many impactful stories that I look back on fondly. One continues to stick in my memory – when I reflected on how much my smartphone had dominated my everyday life.

Coming from a BBC and Bloomberg TV background, I still feel uncomfortable putting myself at the heart of a story. But that time I put my neck on the line and shared how I really felt – that my smartphone had gone from helpful to a hindrance. I revealed how logging onto social media and email was taking over my life, harming my sleep and even my relationships.

Amazingly, the story attracted global media interest and was picked up by the BBC and has resulted in numerous features on TV and radio across the world. I’ve received countless emails from other professionals that felt the same way, who thanked me for saying what everybody was thinking.

Finally, it went on to become the theme for an episode of Davina McCall’s new show, The Davina Hour – something that I never expected to happen in my career!

Opinion: Why “PR” is having a renaissance
Brendon Craigie, co-founder and managing partner at Tyto PR, examines why PR professionals are once again adopting the PR moniker. The public relations industry is in the [...]
News Analysis
Request a Demo and Pricing
Connect on Social:
Meet the Journalist: PinkNews head of content Ellen Stewart