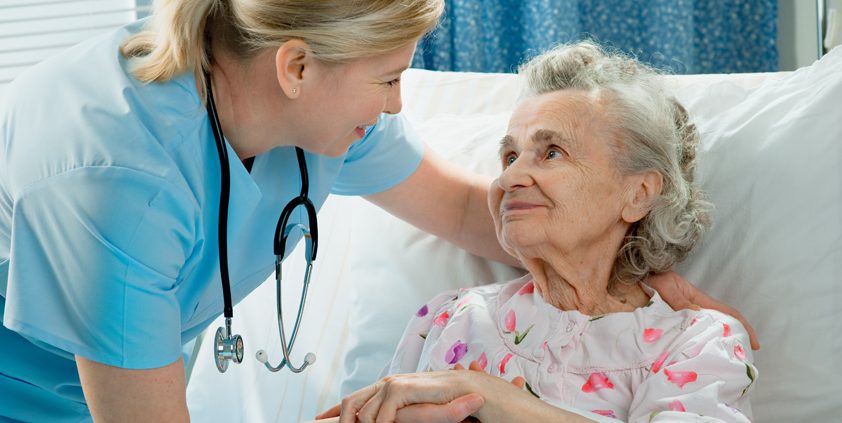 In 2017, the government made an announcement that could have been disastrous for stroke survivors throughout the UK.

It had decided not to replace the National Stroke Strategy for England when it expired at the end of the year.

The Stroke Association argued that stroke is a unique condition requiring its own plan to drive improvements. It’s the UK’s fourth biggest killer and leading cause of disability, and the charity said existing strategies did not adequately address the key issues to driving continual improvement in stroke care.

The charity knew something had to be done – and with potentially thousands of lives on the line, failure was not an option.

If it couldn’t sway public opinion to put pressure on the government, the standard of stroke care could decline and people could lose their lives. So the Stroke Association commissioned Cision to help monitor and track its campaign progress.

“We were determined to develop a campaign that highlighted the seriousness of this devastating health condition to mobilise public support,” says Anil Ranchod, the Stroke Association’s deputy director PR and comms. “We needed a powerful way to inform the public and the right tools to ensure we were on track.”

He adds: “Our campaign, A New Era for Stroke, needed to engage the public and garner widespread media attention to spur the government to re-evaluate its decision.”

PR would be essential to sway public opinion

The Stroke Association puts PR and comms at the heart of its media strategy, and this campaign was no different.

To force the government to act, it decided to drive people to an online petition calling for change. If it could gather enough signatures, it knew NHS England and the Department of Health would be forced to listen.

“The strategy for the campaign involved establishing a research and measurement programme to reach targeted audiences and analyse campaign progress,” Ranchod explains. “Developing audience profiles for personalised outreach with a call to action was important to identify target audiences.”

To achieve this, Cision surveyed 10,000 UK residents to measure the public’s awareness of the issue. Then, our team identified and tracked key influencers and outlets for the charity’s target audiences.

As the campaign progressed, we mapped The Stroke Association’s mainstream and social media coverage against its web traffic, calls to the helpline and petition signatures.

Ranchod says: “Updated measurement was factored throughout the entire campaign, starting with the audience identification survey, which pinpointed specific audiences and their media consumption habits.”

The insight that averted disaster

By the end of stroke awareness month (Make May Purple for stroke), the petition had gathered more than 5,000 signatures. But there was a problem.

Cision’s reports showed that the charity’s PR and social output correlated with a huge spike in signatures. But that spike wasn’t big enough. If the charity was to achieve its goal of securing time with a government health minister, something had to be done.

We showed that although the campaign had reached 48% of UK adults, just 14% had been exposed to coverage featuring a link to the petition. Following this feedback, the Stroke Association changed its approach – greatly increasing the campaign’s impact.

“Having this information from the beginning was vital as it encouraged campaign efforts to revolve around data-based decisions,” continues Ranchod. “Monitoring social media engagement (which started low) led to the charity upping the ante on our social media offering.

“Utilising our video content earlier along with the comprehensive online dashboards available through Cision Intelligence provided much-needed ongoing analysis, ensuring progress could be tracked against KPIs.”

He adds: “By the end of the campaign, Cision reported respondents’ awareness of our key messages grew by 35%, showcasing how PR efforts helped the organisation achieve its underlying objectives.”

Spurred on by the introduction of social media case studies, the #NewEra hashtag made 7 million impressions. The petition link was shared almost 4,000 times, achieving a potential reach of 3.7 million people.

As a result, the petition generated over 55,000 signatures and helped secure two meetings with a government health minister.

The future of comms at The Stroke Association

Technology played a key role in the success of The Stroke Association’s #NewEra campaign. By incorporating measurement into the campaign from the start, it was able to define exactly what success looked like and show that its PR activities were a cost-effective way to achieve its goals.

“Measuring the success of a campaign is not just about coverage or reach and frequency,” says Ranchod. “It’s about demonstrating engagement and impact of the coverage, such as actions taken or increased awareness.”

Going forwards, Ranchod says the charity will continue to use this approach to demonstrate the contributions PR and comms make to its strategic objectives.

“It has and continues to be a journey, not a destination,” he says. “But thanks to technology we’re now in a position to effectively track and measure the impact and outcomes of our work.”

He adds. “Working with Cision, we now have a better understanding of what metrics to measure – and it’s about measuring your performance and being able to attribute outcomes across all areas of your work.”

Why it’s time for CMOs to embrace PR and comms