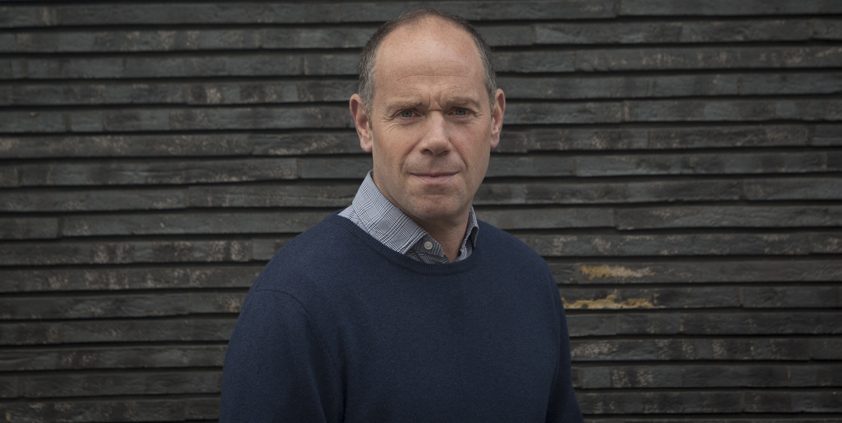 Adam Roland, founder of Heavyweight Sports, discusses why he left talkSPORT to set up the agency, its new Pound for Pound content arm and his favourite PR stunt.

What made you decide to move from talkSPORT to set up Heavyweight Sports?

Whilst at talkSPORT we discovered that traditional agencies would operate in their own sports, media or PR bubbles and campaigns would often be created independently of each other.

We realised there was a potential gap in the market for clients to fuse what they were doing in sport and media and we could bring these separate areas together to create holistic narratives and campaigns for our clients.

These three areas are often inextricably linked and, when executed well, complement each other. Heavyweight creates engaging content that often amplifies a clients’ sponsorship and/or brand campaigns, engages viewers and leads to positive media coverage.

Flipping it on its head, Heavyweight Sports also tells exciting, inventive brand stories that can stand alone in their own right, and by producing engaging content our clients’ PR is further amplified.

You’ve recently set up content arm Pound For Pound, what was your thinking behind this and how does it go about producing content?

We were creating more and more content work with Rose D’Or winner Myles Jenkins. Myles is an amazing ideas man, he’s a really creative producer and a top bloke, which is obviously important!

Myles’s expertise in creating content and programming that sports fans want to consume and share is second to none and we were producing so much content it seemed to make sense to set up a standalone division.

We can create client content from conception to completion, like having jockey Ruby Walsh jump his horse over a moving car for Paddy Power or Matt Le Tissier taking penalties against a German robot goalkeeper.

Equally, we work on a consultative basis for various clients advising on how best to produce and distribute content. Clients’ sponsorship often has lots of unused collateral which, when used in a creative manner, we are able to use to maximise their sports sponsorship spend.

One of your offerings is creating sports brand ambassador programmes, what should brands take into consideration before embarking on such a programme?

Brands should ask themselves what they want to get out of a partnership with an ambassador. From there they can identify potential candidates that reflect their brand values and enhance what the brand stands for.

Once we’ve also managed what the client’s expectations and requirements are, we can identify who might be the ideal candidate and start maximising a partnership.

Clients can certainly make some real noise across traditional, digital and social media when they have a strong ambassadorial campaign that all parties buy into.

There is a growing trend for brands to take stances on issues and change their industries, is this also the case with sport?

Absolutely, I think we’ve seen many brands work to improve and enhance the culture of various sports. With the ever-growing issues of governance, accountability and feeling of being taken for granted by sports bodies, brands should be on the side of their customers and there are some really exciting opportunities for them to improve the sporting environment whilst also enjoying tangible brand benefits.

We helped put together the strategy and partnership between Stonewall and Paddy Power for LGBT diversity and equality in the Rainbow Laces campaign. We also have the pleasure of working with Skins, who have been hugely influential in helping create probity and best practice amongst a variety of sports bodies.

How do you look to measure your comms output?

Our clients often know when the campaigns have worked due to mapping campaigns against an uplift in traffic, registrations or purchasing – sometimes that measurement can surprisingly be forgotten in PR.

At other times campaigns are for pure media coverage or brand awareness terms and our recent work with Sky Bet and Geoff Hurst was an example of that.

Sir Geoff underwent a DNA test to prove his English heritage, after thinking he might be German – it was national front page news, carried in numerous other media and sports fans were discussing on social media. Job done. We also use the usual tools in between those two extremes to measure the work.

Finally, Heavyweight Sports is known for producing ambush marketing stunts, which of them is most memorable?

We’ve done loads, from Green Haired Tongans in The Rugby World Cup to Downhill Ghanaian Skiers in the Winter Olympics but probably our most famous was Nicklas Bendtner’s pants.

The Danish and then Arsenal marksman dropped his shorts to reveal Paddy Power branded underwear during the 2012 European Championships. It caused a massive stir and subsequently UEFA and FIFA have tightened up a variety of rules and regulations. But we’re always up for a challenge!

Opinion: Why “PR” is having a renaissance
Brendon Craigie, co-founder and managing partner at Tyto PR, examines why PR professionals are once again adopting the PR moniker. The public relations industry is in the [...]
News Analysis
Request a Demo and Pricing
Connect on Social:
60 Seconds with Aduro Communications’ Natalie Luke