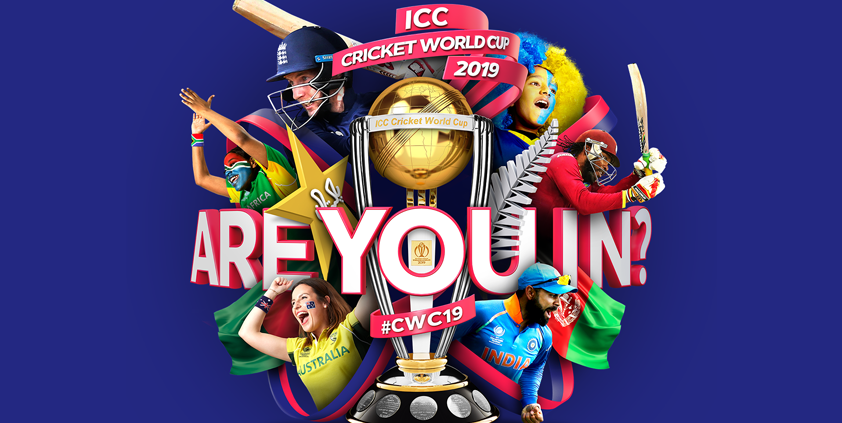 Adrian Wells, director of marcomms and ticketing for the Cricket World Cup 2019, discusses the local organising committee’s strategy to promote next year’s tournament.

What are the key aspects of your marcomms strategy for the Cricket World Cup?

Our goal is to deliver the ‘greatest ever cricket celebration’ to both a domestic and international audience. To do this we need to connect with, and entertain fans around the world with engaging content.

This approach needs to take into account that not everyone knows cricket well, so it is a careful balance of the sport, the star players but also the atmosphere, the fans and highlighting its entertainment value for all sports fans.

The Cricket World Cup brings with it a true carnival atmosphere and we want to celebrate the fact that in multicultural Britain, we are in a unique position to offer all 10 teams strong domestic home support and some incredibly strong fan groups.

This led us to deliver traditional milestones in new ways. For example, our one-year-to -go event was celebrated at Brick Lane in London rather than at Lord’s. We engaged a youth London-based poet, Caleb Femmi, to develop a manifesto for the World Cup and invite the world to come to England and Wales to be part of the celebration.

What will the ‘Are you in?’ campaign entail?

‘Are you in?’ is the name of the marcomms campaign that brings together a range of digital and physical activations across the 18 months leading up to and during the World Cup. It is a call to action to buy tickets, to attend fan zones, to be part of the films, to share your support and much more.

The campaign’s launch film stars Freddie Flintoff, a cricketer who transcends popular culture, singing and dancing to the sound of Imagine Dragons’ On top of the world, inviting the public to join ‘sports’ greatest carnival’. Seeing Freddie sing and dance is not what you would expect from cricket, and that’s the point – we hope to show cricket in a new light and engage new fans.

The campaign continues the marketing approach of putting fans, influencers and celebrities at the heart of the creative, reaching both inside and outside of the game to engage new fans with cricket. We have great plans in the next 12 months using music, comedy, entertainment and content to take cricket to a new place.

The campaign is very digitally focused and leverages CRM to deliver highly targeted and personalised communications to reach the right audience.

Is there a particular audience you’re targeting the campaign at and hope to reach?

A recent ICC global cricket study identified that there are over one billion cricket fans around the world, whilst the ECB identifies 10 million core fans in England and Wales alone, so it is essential that we engage these core fan groups to interact with the Cricket World Cup.

Our ambition however is to leverage the huge interest in cricket that the World Cup will bring to deliver a lasting legacy for cricket in this country, so we need to engage a wider group of big event fans and followers who have attended the Rugby World Cup, the Hockey World Cup, the Olympics etc.

Finally, we have worked closely with the ECB to identify the key audiences to deliver future growth in the game and have aligned our marketing plans to reach sporty families with 5-12 year old kids. We have a major schools initiative as well as club and community programmes to engage one million kids to interact with cricket across the coming year and to act as a platform for growth for the future of cricket in this country.

What are the main challenges when promoting events such as this?

We are collaborating closely with Sky to engage cricket fans across their platforms – they are core to the promotion of the World Cup. But we also aim to reach outside of cricket to engage fans across the country and the world to be excited by tournament.

Capturing their imagination is a bigger challenge. To achieve this requires creative that makes people sit up and take notice, to deliver cricket in an unexpected way and to drive sharing as a way of increasing reach.

Which influencers will you be using to help promote the tournament?

We have developed a micro-influencer plan to develop a generation of cricket fans, using content to drive engagement. Unlike football, this base of influencers does not exist in scale, so we have partnered with people like Greg James, Josh Pieters (an ex-cricketer and now influencer), ReevHD and Danielle Haden (music.ly), to develop and share behind the scenes content.

We are partnering with comedians like Chabuddy G, to engage a new audience and have seen celebrity fans collaborate to develop and star in our marketing campaign, such as Cuba Gooding Jr., Jim Carter, Jamie Laing, Shame Williams and Imelda Staunton.

We have already collaborated with some of the star names in cricket to also feature within the campaign, including Kevin Pietersen, Michael Vaughan, Brian Lara, Brett Lee, Eoin Morgan, Joe Root, Michael Clarke, Chris Gayle and many more – it has been really encouraging to see how much the cricket community has supported us to promote the Cricket World Cup!

How much does the England team’s current success at one-day cricket help you to promote the World Cup?

It has been incredibly helpful to see England playing so well and importantly, new heroes like Jos Buttler, Jason Roy and Jonny Bairstow emerging to engage a new audience.

Cricket in this country is at a really interesting stage as we see fan interest moving from traditional five-day test cricket to shorter formats, including the recent announcement of the ECB’s 100-ball competition to launch after the summer of next year’s World Cup and Ashes series. We hope to be able to transfer the huge interest in the World Cup into future long term fans of the new competition.

As the local organising committee, our role is to promote the tournament to all fans around the world, but with 80% expected to be based in England, it certainly helps to have a strong support, so let’s hope for more success across this summer and next!

How will you measure if the campaign has been successful? Ticket sales?

We measure not only ticket sales but also national and international reach and a range of engagement metrics, such as viewership, website visits and social engagement. Finally, we measure closely the one million kids target to ensure that we successfully leverage the Cricket World Cup for future generations.

Last summer saw a real step change in cricket in this country when England won the ICC Women’s World Cup. We saw a transformation in attitudes, coverage, viewers and attendees as England dramatically won in front of a packed house at Lord’s.

It was a memorable day that goes down in history for the women’s game and I hope 2019 seems similar drama and positive global engagement!

Opinion: Why “PR” is having a renaissance
Brendon Craigie, co-founder and managing partner at Tyto PR, examines why PR professionals are once again adopting the PR moniker. The public relations industry is in the [...]
News Analysis
Request a Demo and Pricing
Connect on Social:
60 Seconds with Fusion Media’s Adam Tranter