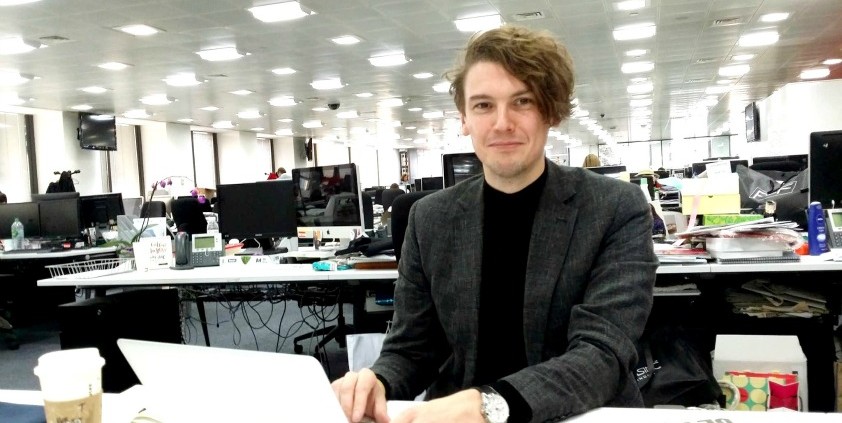 Alex Hudson, head of social content at the Daily Mirror, on why everyone will end up being a social content journalist, the importance of exclusivity and the growing opportunities for PRs.

Firstly, tell us about the new social content team you’re heading up…

It’s a difficult thing to explain because the team’s role is not primarily to post stuff on social media, just to create content on the site – or off – that is worth sharing. This means our job is to create stories that provoke an emotion, provide unique insight, show something that hasn’t been seen before and create stories that our audience cares about.

It sounds like just being a reporter, and it is to an extent, but the key is that we’re all news journalists who know how to tell stories in new ways. So in our short existence, we’ve played a key part in killing the Dapper Laughs character, exposed half-truths (lies) of the Department for Justice, posed five questions that everyone needs to ask about the new JK Rowling film and questioned the reality of a living wage – it’s an incredibly varied brief.

Everyone will be social content journalists in five years’ time; we’re just continually trying to push at the new, whatever that may be.

The team’s core purpose is to find a story that’s exclusive, or at least not already plastered all over the internet, find an interesting treatment and produce an innovative piece – not a 1,000-word essay that’d bore readers to death – about an issue the audience cares about that they really can get involved in.

If we can tell a story using Snapchat, why wouldn’t we? If we could tell a story best using tweets, let’s do it that way. If we can prove a government is lying most succinctly by writing it in a listicle format, let’s write one. If it requires a 20-minute video to tell the story best, let’s pick up our DSLRs.

Everyone needs to stop dismissing a format as “too high-brow” or “too trashy”. If it’s done correctly for the correct story, there are no limits on the sort of content people want to consume. Well, we hope at least.

Bit of a tricky role to explain to your parents?

That’s been the case throughout my career. My parents have always been incredibly supportive but, with the generation they are from, even making a living being on the internet is a confusing career to have, never mind running the interactivity behind BBC Question Time. My dad still won’t join Facebook or Twitter because he has security concerns.

How big is the team and who does what?

It’s a small team for the moment (though who knows how that could go in the future?) with deputy, Richard Beech, social content journalist Sophie Gadd and me. Our brief is wide and no story – if it’s good enough and hits an area of newsworthiness – is off the cards but we all have personal specialisms. Sophie is best at finding gems of stories online, in the quietest and most hidden corners of the net. She’s working on this story now about, well, I can’t tell you that but she unearths and stands up incredible news stories. Well, that and why Staines is not terrible.

Richard’s specialism is more around treating issues in a new and innovative way. We managed to get kicked out of Topshop recently for trying to take photos of his legs next to the mannequin to demonstrate its size. And he’s the Mirror’s man for Doctor Who. Though that’s hotly contested.

My specialism is a weird mix of technology and politics. I come from being a producer on BBC Question Time and BBC Click so it’s obvious to see where that comes from. Technology is at a fascinating stage of innovation and political coverage over the next six months, and how the media manages to deal with everyone being given a voice, is a fascinating challenge.

Have you been given specific community targets to reach?

Gone are the days where uniques are as important as brand recognition, quality of content, trust in the content, return visits, shares, dwell time and click throughs.

What will it take for the Mirror to be uttered in the same breath as the BBC, the Guardian, the Daily Mail, The Telegraph as far as off diary, varied reportage that’s worth sharing? I think we’ve already come a long way (look at how the Mirror is growing) but there’s still a way to go.

Look at the new hires – Olivia Solon from Wired, James Andrews from Yahoo and others – and see the sort of place the Mirror is headed.

How much content on average is being pushed out each day?

From us, it really depends on the day with an average of five pieces. But it’s quite early to know. We balance indepth original stuff with quickfire “look what we’ve found on the internet”. There’s little to gain from “here’s something everyone’s talking about on Reddit” without any insight into what’s really going on. It’s treating it in a different way, distilling the most affecting bits of what’s going on, whether on social or elsewhere, and being inspired by things taking place. That takes time.

You hear of journalists crashing out 15 pieces a day without any real bespoke reporting. That’s not what this team does, for the most part. We can do that but wouldn’t the audience be better served with just a link to the content we’re “borrowing” from if there’s nothing to add?

How keen are The Mirror’s journalists to get involved with social media?

Depends on the journalist but most are keen. Part of the role is to share best practice with sourcing material. We’re sitting and brainstorming, for want of a better word, with different sections as we’re the young(ish) geeky team who are employed to make mischief and challenge the idea of how news works, and that it really isn’t an 800-word inverse triangle any more. Unless it’s about the Illuminati, then that’d be kind of fitting.

And give any journalist a chance to have their voice heard and they’d jump at it wouldn’t they?

What subjects tend to get the most retweets?

You know as well as I do that it’s not retweets that are important, it’s clickthroughs, dwell time and organic shares. For that, Harry Potter is gold, Dapper Laughs got us into the top 100 most shared pieces in the world and a piece about Spanish left wing politics had our readers pondering for quite a while.

In the same way as people are now slowly understanding that different stories can be targeted at different social platforms (picture stories sit best on Pinterest, snap news works best on Twitter, longer pieces on Facebook), the same is true about what sort of interactions you want your social posts to have – a tweet aimed at people clicking through needs to be different from a tweet aimed at gathering UGC.

For me so far from my personal account, the tweet that’s travelled furthest was a picture of the House of Commons (a very quiet one) when they were discussing the living wage.

We’re in a position, happily, where we don’t need (or want) to be driven by PR content. PRs need to approach us in an incredibly honest way and not just expect us to regurgitate content. If it’s puff or it’s just wishy washy then there really isn’t any point in sending it to us.

Come and talk to us in person, grab a coffee with us and talk through what we’re up to. The best thing you can offer is access, whether that be with people, places, objects or time but give us those things early and give us freedom. A food bank press release would be better served (excuse the pun) if we got it a week before so we could head down to a food bank and see it for ourselves. A museum press release probably won’t work but what if we could get in that museum and explore?

We don’t have definite answers yet about what does and doesn’t work so we’ll be guided by data and the continuing desire to produce “good” stories.

Does what you’re doing open up more opportunities for PRs?

Yes but it won’t be a talking head interview with a CEO while we sip free champagne. My team is brilliant, slightly frighteningly so, at getting a sliver of inspiration and turning a nothing into something quite brilliant. You’ll have to trust us that what you think might be a little bit odd will make for a good story.

What’s the best way for PRs with ideas to get in contact?

Email us and call us. Invite us out for a coffee as it’s so easy to forget an email from a person we’ve never met with a “Dear [algorithm]” top. Meet us before you pitch anything specific so we can give you a better idea of the things we’re after – exclusive content, freedom to take opportunities you have to offer and make news out of them, access to places/people – without sounding weird.

Maybe, which is deliberately vague. We haven’t worked it out yet. This team won’t produce content at the request of advertisers but the commercial team is always looking for opportunities, particularly as we look at series and seasons of related content.

Are you experimenting with any platforms?

Definitely yes but I can’t say any more about that at the moment.

What does success look like and how will you measure it?

This will be measured, ultimately, by shares, by minutes on site for the things we are responsible for, by number of returning and loyal readers and simply hearing “did you see that thing on the Mirror?” as often as possible. 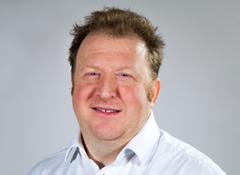 Meet the Influencer: supercar vlogger Mr JWW
From racking up 37 million views in 14 months to discovering the “world’s best driving road” – Mr JWW reveals how he has become one of the internet’s biggest [...]
Interviews
Request a Demo and Pricing
Connect on Social:
Gorkana meets…BuzzFeed