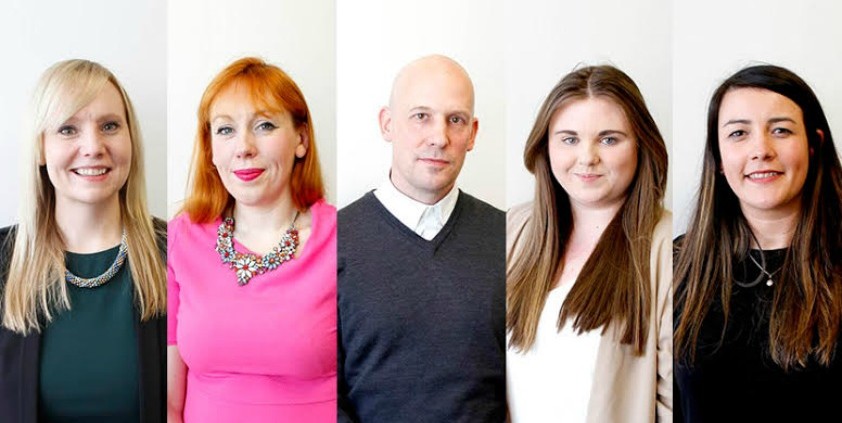 With the winner of the 2016 Suzy Ferguson Spirit Award set to be announced tomorrow, find out what makes the five shortlisted candidates stand out from the crowd. The people who nominated them explain how each candidate has shown exceptional character, integrity and determination, and why they recommended their colleagues for this unique and prestigious industry award.

Chloe was nominated by her former colleague Carrie-Ann, global media relations manager at Carlson Wagonlit Travel, for being, above all, a “fantastic and influential mentor”. In the office, she led several community involvement initiatives, while out of the office, Chloe volunteers her time and PR expertise to support Chrysalis London, a contemporary dance school that supports new talent.

Carrie-Ann said: “I’ve been so influenced by Chloe’s drive and enthusiasm that I wanted other people to know all about her too.”

Anita was nominated for the award by Maria Soleil, digital comms co-ordinator at MHS Homes. She leads on the charity fundraising initiatives at MHS homes and in the last two years has inspired the organisation to raise more than £35,000 for charity.

Maria said: “When I read about Suzy’s qualities Anita was the first person I thought of as she encompasses her qualities – integrity, inspirational leadership and a strong personality.”

Ben Caspersz, founder and MD of Claremont Communications, nominated Henry, who he says “lights up our lives.” Ben was inspired to make a nomination after reading about Suzy standing at the door of her church welcoming people in. “Welcoming people, that’s what Henry does every day.”

Ben adds: “He inspires through his words and ideas, picking people up when they’re down and when they’re stuck on a particular issue.”

The youngest nominee for the Suzy Spirit Award this year, Chloe was nominated by Cream PR’s co-founder and director Jane Whitham. This is her first job because she decided not to finish her A-Levels and head straight into PR.

A few years ago, Chloe suffered a brain hemorrhage at work – she’s since recovered and has remained intensely focused on her career, continuing to impress her managers and clients. Jane said: “There seems to be so so many tremendous similarities between Suzy and Chloe which immediately resonated, and I’m immensely proud of her.”

Louise was nominated by Jeanne Holland-Young, MD of PR agency Holland Young. At Dalton Park Outlet, Louise has been involved in mentoring for the past couple of years and currently has two students from Sunderland University under her wing.

Describing Louise as  supportive, who rigorously enforces a ‘no-blame’ culture within her operation, Jeanne said: “First and foremost Louise is a total professional. She handles every situation with skill and diplomacy and every person with the utmost courtesy. This award is all about the person behind the role and highlights their attitude to work as well as those they work with.”

Now in its third year, the Suzy Ferguson Spirit Award recognises those unsung heroes who have made a difference to others in the industry and bring out the best in other people, yet don’t expect anything in return.

It was launched by Gorkana in partnership with LEWIS in memory of the PR agency’s former employee, Suzy Ferguson, who passed away from bowel cancer in 2012, aged 31.

The 2016 winner will be announced at an awards ceremony tomorrow afternoon (18 March). More information can be found here.