Dave King, CEO at digital reputation and intelligence firm Digitalis Reputation, on why online reputation management (ORM) is more important than ever.

Like so many sensationalist opening lines, that’s not entirely true – Google does not itself necessarily favour bad news. But, while the dominant factor influencing the algorithms of Google and other search engines remains the interest in a particular page from elsewhere on the web, it might as well be true.

Human interest dictates that, like-for-like, a negative piece about your client will naturally achieve more links, likes, Tweets and other “social signals” than its positive counterpart; all of which are the manna on which Google’s algorithm feeds to determine ranking.

Tabloid pieces with sensationalist headlines, false blogs by disgruntled former employees or partners as well as real news about former misgivings all tend to be more interesting than, achieve more traction than, and thus outrank, more contemporary, positive news in search.

This issue is arguably exacerbated by the recent development of Google’s “sentiment algorithm”. In the same way that the search engine favours a balance of media types in its first page listings, increasingly we see the algorithm seeking to display a balance of sentiment too.

What that means to clients, of course, is that the single critical – even erroneous – article is now a greater threat than ever and will glean even greater traction than before in an otherwise positive profile.

No surprise, then, that most of our business in the online reputation management field comes from PR firms whose clients seek technical assistance which is beyond the means of traditional communications providers.

A host of new, positive news or social media narrative might feature alongside its negative predecessor in a search engine but seldom is it sufficient alone to displace that nagging attack. Ranking is determined by technology which draws on a myriad of data sources. In the same way, sophisticated rebalancing must rely, too, on data, analyses and informed action. In a crisis, there is now a third seat at the table next to lawyers and PRs – the tech team.

This new, now emerged field of ORM (online reputation management) goes beyond SERP (Search Engine Results Page) Management, of course – and there are other areas in which online technology can enhance the impact of more traditional disciplines.

Monitoring continuously online for threats; mapping the digital attack surface to identify the lurking legacy issues which might plague your client when they come under media scrutiny for the first time; tracking the activity of key stakeholders and influencers all, done well, require technology.

Often this level of technical sophistication is superfluous to needs, of course, but in extremis, we might be monitoring in real-time new links, likes and Tweets into every piece of content ranking for a client’s name with a view to predicting ascent, informing preparedness and prioritising activity on the part of legal, PR and security advisors. That kind of data trawling and analysis simply can’t be completed by humans alone.

As ORM is increasingly moving from being only a post-crisis solution to a strategic component of routine risk mitigation, it becomes more likely to feature on the marcoms budget ledger alongside other, now fully-emerged, digital disciplines such as web design and SEO.

In the meantime, it remains the weapon of those in the know. 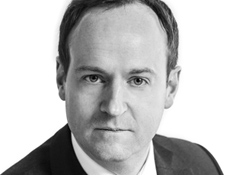 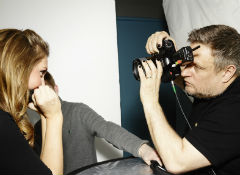 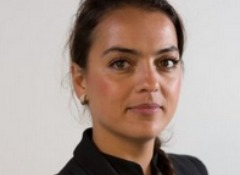