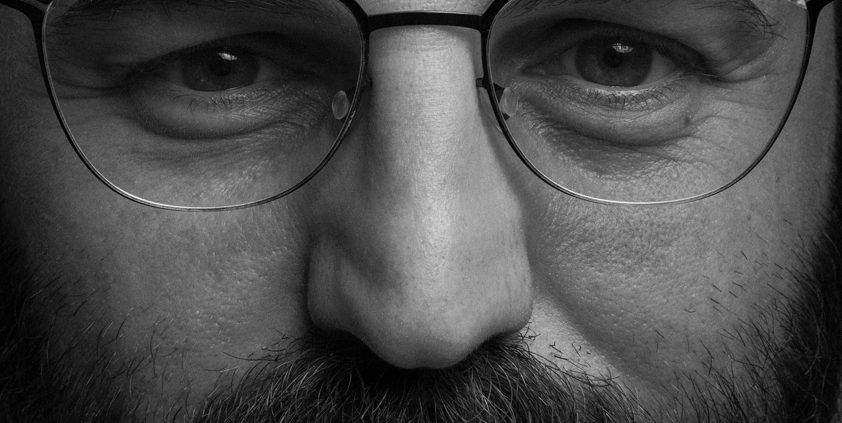 Giuseppe De Bellis is editor-in-chief of GQ Italia. He talks to  Mario Cipriano about his career in Brussels and his view of modern journalism.

Before your current role as editorial director of GQ Italia, you were deputy director of Il Giornale. How did you develop your career?

I started work as a correspondent in Bari, at La Gazzetta del Mezzogiorno. This first experience allowed me to earn my first professional contract. I worked at Tele Norba, as a Sports radio and TV journalist. Sports has always been my passion, so I accepted an offer to be sports correspondent for Tempo, following the local football teams Bari and Lecce.

At the end of 1999, I started a selection process to join the Journalism School of Perugia, where I was a student until 2002. After leaving La Gazzetta del Mezzogiorno, I worked as a freelancer for many newspapers, until I got an internship at Il Giornale, covering politics and then sports. After another internship at Il Giornale as sports correspondent for the 2002 FIFA World Cup, one at ANSA and another at RAI, I finally got a contract for maternity cover at Il Giornale, working as a contributor for the sports weekly magazine Controcampo.

Until last March, I had been working at Il Giornale, going from reporter to editor to deputy director and acting director, including an experience as a correspondent in the United States, covering the national elections. I also contributed to Il Foglio and I have written three books. I have been editorial director of GQ Italia since March.

What are the main differences you’ve encountered moving from a daily newspaper Il Giornale to GQ – a monthly magazine?

The differences are less than you can imagine. GQ as a website exactly like a daily newspaper, so talking about a “monthly magazine” is not accurate, because it is both print and digital. The main difference (between the two) is how the organisations work, much more than the editorial part. Obviously, a daily newspaper has a daily closing deadline that requires a physical presence every day, while a monthly magazine has a more strategic management with medium and long term goals.

In general, what are the main challenges that motivated and stimulated you to work in the world of journalism?

Being a journalist was my dream as a teenager. It is a privilege that few people have, to do the job that you always wanted. I say that to underline that my main “fuel” is passion. Then, there is professionalism and ambition – having goals to reach. This is valid for everybody, for every job, and it helps that I enjoy my job.

If I am not mistaken, you are still involved in Rivista Undici, the sports magazine you launched a few years ago: what represents to you Undici?

It is like a son to me. A “meta-son”. I thought of it, created it, launched it (using my own money), used all my skills and competencies gained during my previous experiences to do it. My biggest passion is Sports and Undici is the result of merging my professional experience and my passion.

Journalism is going through a phase of transition where digital is taking up more and more space and resources: how do you see the future of “print journalism”?

In the past, print media was the only way to do journalism. Now – and even more further in time – it will be just one of the ways. I don’t think print format will disappear, but surely it will change.

Journalism is to inform, not to innovate, so it just updates the way to communicate depending on the different moments and what society requires. Print newspapers will remain a precious object for some people, because there are things that can only be written in a printed version.

As Jeff Bezos said a few days ago, it will become a luxury good with low price. To conclude, I think it will change the mode of fruition, but the print newspaper and magazine will not die.

It seems trivial, almost naive, but the contents make the difference. Considering the amount of press releases we receive every day, choosing is very difficult. So, in general an effective but descriptive headline can be decisive.

What kind of relationship do you have with PR agencies, and with the PR world in general?

We have a great cooperation with the PR world. In 70% of cases, we receive press releases; in 30% we request them. Then, we also use PR agencies as a support of developing our ideas, to understand if our ideas make sense or not and confirm it.

What role does social media have in the diffusion of the contents you produce?

Social media has an important role, because today it is a way of accessing GQ. The main three uses we have for social media are: 1) amplify what we produce in terms of content, both regarding print and digital formats, 2) open an access door to our website, allowing people to reach us through other channels and 3) a commercial vehicle, both for editorial and add rates diffusion.

In your professional career, what is the most memorable story that you have reported on?

It is difficult to say just one. I covered the last month of the Obama election and it was a unique professional experience. It was also very satisfactory to write about what happened to Marc Bosman, discovering his story, telling about it, his anonymous life after being so important in the development of modern world football. And my last work for Undici, interviewing Daniele De Rossi, because it was an interview built along two and a half years, having been the first cover man of Undici but we never got the chance to formally interview him.