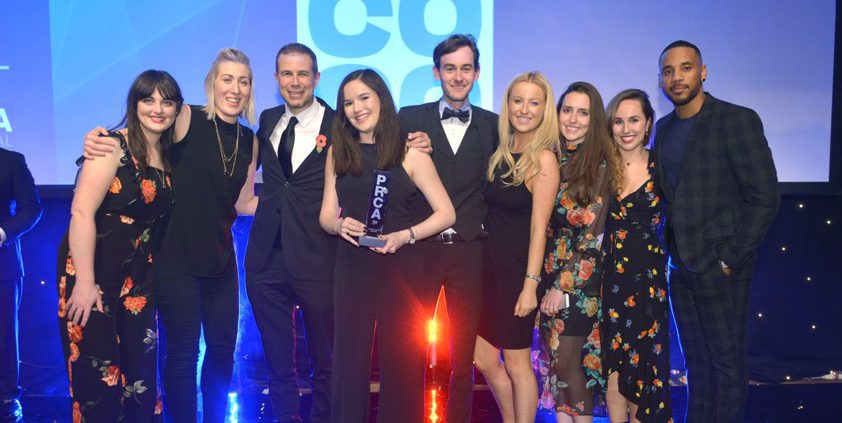 The mutual won the Broadcast Award, Corporate Social Responsibility Award and the In-house Campaign of the Year Award for its Trapped in a bubble campaign, as well as picking up the In-house Media Relations Award.

Weber Shandwick claimed the International Consultancy of the Year prize, as well as the Consultancy Campaign of the Year, Not-For-Profit and Charity Award and Digital and New Media Award for its #BrutalCut campaign.

Francis Ingham MPRCA, PRCA director general, said: “I believe that the UK PR industry is the most vibrant, most professional, most ethical in the world. And tonight’s awards are both a demonstration and a celebration of those facts.”

A full list of winners can be found here.

Opinion: Why “PR” is having a renaissance
Brendon Craigie, co-founder and managing partner at Tyto PR, examines why PR professionals are once again adopting the PR moniker. The public relations industry is in the [...]
News Analysis
Request a Demo and Pricing
Connect on Social:
Hope&Glory to launch Monster Hunter: World