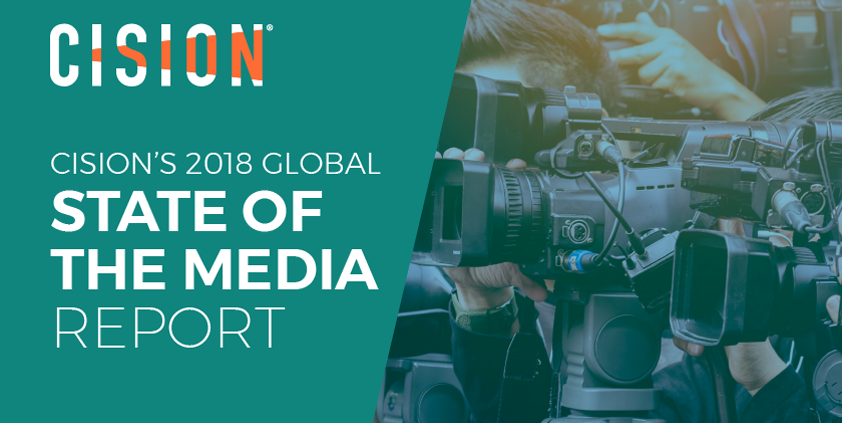 In the wake of the Cambridge Analytica scandal, social media platforms are facing a traditional media backlash.

Print titles have lost great chunks of their ad revenues to the likes of Google and Facebook in recent years. Now, they see an opportunity to strike back against one of their biggest rivals – and they’re pulling no punches.

At the same time, politicians are growing frustrated with the apparent reluctance of social media firms to take action to combat fake news. When British lawmakers quizzed tech companies on the issue in February, one committee member lamented that social media firms just “don’t get it”.

But while the majority of UK journalists agree fake news is making people more sceptical about the content they read, a startling 93% are unsure what it means for their publication – or think its impact has been “neutral”.

That’s one of the key findings of Cision’s 2018 State of the Media survey.

To find out how perceptions of the media and comms industries are changing, we polled 1,355 journalists from across the globe on the key issues from the past 12 months. As the world’s leading media intelligence provider, we were able to leverage our unparalleled network of journalists to uncover unique insights from a broad cross-section of media professionals.

The media is evolving to build public trust

For the second year running, we found that declining public trust is a serious concern for the industry. Globally, 71% of respondents feared the public has lost trust in the media over the past 12 months. That’s down from 91% in last year’s survey, but it’s still a worrying statistic.

With the issue of trust in the spotlight, it seems journalists’ priorities are changing. A full 81% of British journalists said their title values accuracy the most, above exclusivity or being the first to break a story.

This shift makes sense when you consider that one of the main goals of journalism is to hold public figures to account. Just last week, we saw The Pulitzer Prize acknowledge this by awarding its prize for public service to The New York Times and The New Yorker for their scoops about sexual harassment in Hollywood and the media.

What journalists want from PRs today

For the third year in a row, the press release was voted the most valuable type of PR content

This year’s survey also shines a light on the relationship between journalism and the comms industry.

We asked respondents whether their relationships with PR professionals are more or less valuable in light of declining trust in the media. In response, 70% said they remained as important as ever, while 20% said they are now more valuable.

Our findings reveal unique insights about how journalists like to work with PRs today. This includes which sources of brand information journalists trust the most, how you can make your press releases more effective and why original research represents an untapped opportunity for the industry.

What’s more, you can access all our findings today by downloading your copy of Cision’s 2018 State of the Media report. Simply enter your details into the form below now to discover exactly what journalists want from PRs today.

Cision’s 2018 State of the Media report

Our key takeaways from CommsCon
We promised that CommsCon would be a day of discussion, insight and debate, and judging by the response we’ve had from our delegates, we are delighted to have lived-up to the [...]
Industry News
Request a Demo and Pricing
Connect on Social: