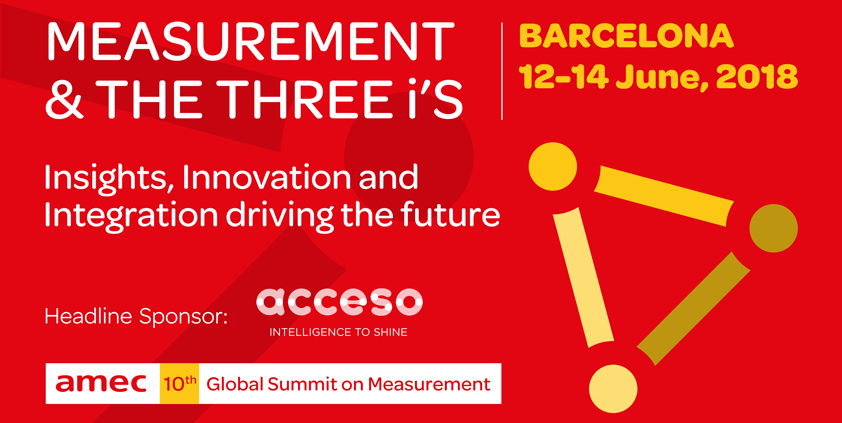 Cision companies have topped the list at this year’s AMEC Awards in Barcelona, with an overall total of 16 nominations across two organisations.

Cision’s projects with Slimming World on its New Year Campaign, Kellogg’s Better Starts campaign and Gumtree have each been nominated for two awards.

Its collaboration with Mischief for the This Girl Can: A triumphant ‘second album’ campaign is nominated for Best use of a measurement framework, while the Bulletin Intelligence AccuReach Data Science Project is selected for the Innovation award for new measurement methodologies.

Its work for Airbus has also been selected for two awards, while PRIME Research senior account manager Dave Reynolds has been nominated for the Young Professional of the Year award.

The AMEC Awards will conclude the 10th AMEC Global Summit, which takes place in Barcelona on 12-14 June. A full list of nominees for the AMEC awards can be found here.

Our key takeaways from CommsCon
We promised that CommsCon would be a day of discussion, insight and debate, and judging by the response we’ve had from our delegates, we are delighted to have lived-up to the [...]
Industry News
Request a Demo and Pricing
Connect on Social:
Susannah Wyeth joins Hotwire as associate director