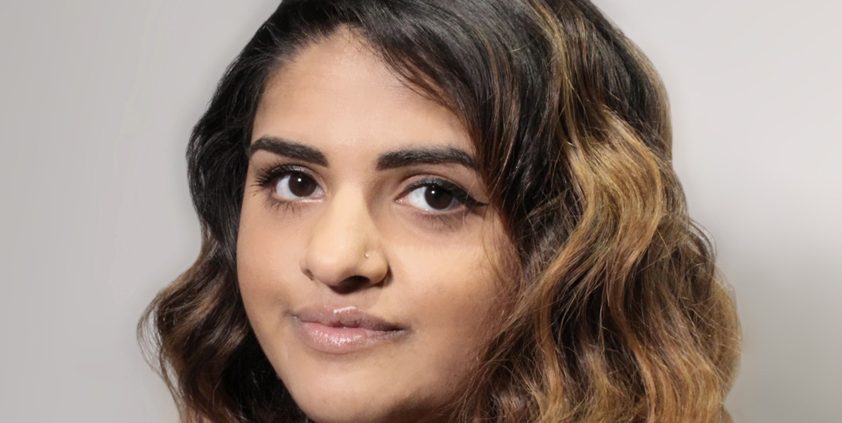 Jayna Rana, senior reporter at Investment Week, discusses winning her second AIC Trade Journalist of the Year award, what makes the title unique and how she likes to work with PRs.

You have been crowned AIC Trade Journalist of the Year for two years in a row. What does this kind of recognition mean for you personally?

As someone who joined this industry straight out of university and not knowing a thing about asset management, winning these awards has meant a lot to me.

I was given the investment trust beat simply because it was where the gap was in the team but I’ve really enjoyed learning and writing about the sector.

This award recognises the journalists who have best educated investors and financial advisers about investment companies. What’s your investment background? And how long have you been interested in the subject?

I don’t have an investment background in terms of my family but I have always been interested in the area and my parents have always been financially-savvy and taught me a lot from a young age.

I studied economics at school and was close to doing a bachelor’s degree in it but changed to English at the last minute – which sent me down the path of journalism. I am now in a role where my two interests are combined so I’m pleased with that.

You joined Investment Week as an asset management correspondent in 2015. What sets the magazine apart from other financial titles, such as MoneyWeek or the Financial Times?

Investment Week is a trade publication so it’s written purely for people in the industry. Because of that we get straight to the point and don’t need to spend time explaining things over again. We have also been around since 1995 so have a loyal readership and a good long-term reputation.

How would you describe the typical Investment Week reader? Who are they and why do they read the title?

What’s your relationship with PRs like? And what sorts of stories are you most interested in hearing about?

Really good, I have a lot in common (obviously) with most of the people I have worked with in this industry so a lot of PRs have are now really good friends of mine. The ones I speak to regularly know what I cover so only get in touch if it’s something relevant and in the same way, I know exactly who can help me with whatever I need and as quickly as possible.

I am most interested in writing about investment trusts (launches, manager/structural changes, themes and trends etc.) but also write about general investment.

Of all the stories you’ve covered in your time at Investment Week, which are you most proud of – and why?

I am most proud of the ongoing coverage I did of the Alliance Trust and Electra strategic review/activist investor stories. Both trusts saw massive turnarounds and any development was huge. It was exciting when something happened and getting in touch with analysts to hear their views.

I’ll always remember my first exclusive during my first six months on the team – the launch of a highly anticipated bond fund by a star manager who had just joined the firm. He just announced the news to a room full of investors and I had just five minutes one-on-one with him afterwards. I quickly wrote the story and sent it back to the team in the office to publish. We were the first publication to break the news.

What big macro events do you predict will impact the UK asset management industry the most over the next 12 months?

The financial climate is changing now. Interest rates are going up (albeit marginally and slowly) inflation is turning around and we are potentially entering a new cycle. Then there are political developments in the UK, US and around the world. But the thing about this industry is everything – or nothing – could be impacted, you just don’t know. That’s what makes it exciting.

When you’re not writing about asset management, what do you enjoy doing to relax and unwind?

Everyone says it, but I love to travel and explore other cultures, food and people. I’ve done a lot of solo-travelling, most recently a three week trek down the West Coast of America and a trip to Mexico.

I love my music and try and get to at least three or four festivals a year, be them local, abroad, just for a day or a week long. I’m also trying to teach myself how to play the ukulele but it’s proving difficult. I’m generally a patient person but not with myself!

Opinion: Why “PR” is having a renaissance
Brendon Craigie, co-founder and managing partner at Tyto PR, examines why PR professionals are once again adopting the PR moniker. The public relations industry is in the [...]
News Analysis
Request a Demo and Pricing
Connect on Social:
60 Seconds with Mongoose CEO Chris O’Donoghue