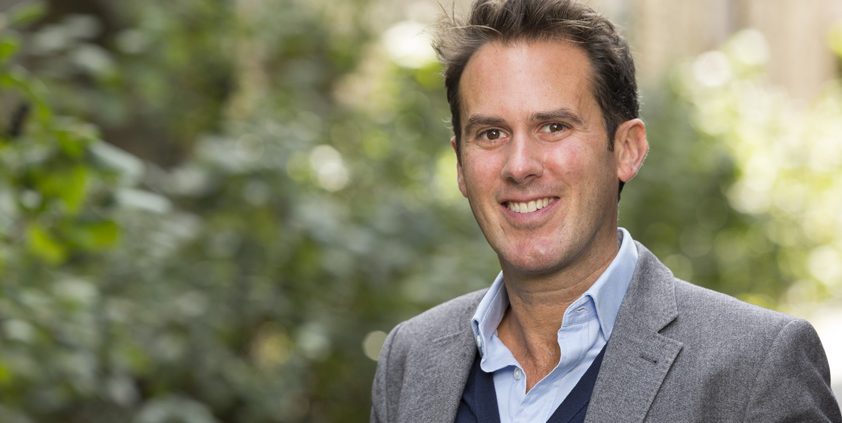 Chris O’Donoghue, CEO of Mongoose, elaborates on the agency’s rapid expansion, how sponsorship and PR go together and how a sporting ethos runs throughout the agency.

Why did you decide to set up Mongoose?

My business partner, Laura Pollard, and I originally set up Mongoose as a sponsorship activation agency as we believed there was a requirement in the marketplace for a straight talking, creative sponsorship company.

Since then we have grown quite quickly to become a fully integrated sports, fitness and entertainment comms agency, which is a joint venture with The Mission Marketing Group.

You’ve grown the agency from three employees in July 2015 to 40 employees with three international offices now. How did you achieve this?

A combination of organic growth and acquisition. The past 12 months have been huge for us following the acquisition of two businesses – first Generate Sponsorship Ltd, which at the time was the largest independent PR and sponsorship agency in the UK, and most recently we merged with the sports and fitness division of Speed Communications.

This brought a wealth of PR and digital expertise into the fold and thus created a fully integrated sports, fitness and entertainment comms agency. Both businesses were in such a strong position, each with over 15 years’ heritage in the sector and some of the best people in the industry, enabling us to merge new, fresh thinking with a trusted agency reputation.

On the geography front, our HQ is in London Bridge but we have a number of other offices – one in Ireland and one in Singapore. These offices were set up to service the needs of our clients. The clients we work with from the London office are global brands and have requirements beyond the UK so when required we will parachute ‘a Mongoose’ into the particular region to recruit and build a local team.

Why did you choose to specialise in the sport and entertainment sectors?

Sport, fitness and entertainment drive people’s passions throughout most businesses, therefore the campaigns we produce have true internal champions and motivate staff engagement which is the backbone to any successful campaign. That and the movie Jerry Maguire!

How do you handle PR in relation to sponsorship?

PR is an output of sponsorship, perhaps one of the most integral and influential outputs. Ultimately everything we do in sponsorship activation should have a PR element.

A couple of examples spring to mind, both from our work with the Jacksonville Jaguars NFL team. The first was the launch of its Gridiron Grant education initiative with sponsor LGT Vestra US, which offers the chance for a JagTag or British American Football team member to apply for a full scholarship to a university of their choice.

We launched the event at the beginning of February and made sure LGT Vestra US was prominent in everything we did; the company appeared on all branding at the launch and we ensured that they were mentioned in all the press coverage that we achieved off the back of the launch. The overarching aim and outcome was to make the brand synonymous with the grant.

Secondly, we recently ran a competition with a weekly London magazine in conjunction with Ocean Holidays, Florida. The competition was a huge success and saw over 3500 people opt in to receive more information from both the Jaguars and Ocean Holidays, giving both brands a new database to target.

What do you think brands need to consider when it comes to digital in your sector?

There needs to be more awareness of integrating digital comms into the whole eCommerce journey. Comms and sales are not mutually exclusive and, when it comes to digital, there needs to be more consideration of when customers are buying online and what activities prompt them to do so. This will enable you to generate a comms campaign that not only gain the attention of your target audience, but also prompts them to take action.

The creation of the right kind of content, that your audience will find both relevant and interesting, delivered to them via appropriate social channels and often using influencers that really resonate with them, can be hugely powerful when tipping consumers in to the sales funnel.

Having a product reviews programme in place for when they’re at the consideration stage of purchase, or investigating what people actually search and making sure you capture this traffic will ensure they flow through the funnel. For instance, you may need an ad campaign to maintain ownership of your brand and reduce sales lost to third parties.

And, finally, you also need to consider that these activities are truly measurable. You need to know what is and isn’t working in live time and what’s really delivering a commercial difference to your brand.

How much does this strategy help you to win clients? Has it led to any recent wins?

It has helped hugely! When we acquired the sports and fitness division of Speed Communications we also on-boarded a continually growing digital team which is now business critical to absolutely everything we do for clients and for the agency itself.

Recent wins which the digital team was core to include the likes of the Jacksonville Jaguars, Wattbike, Bannatynes Health Clubs, the Harlem Globetrotters and Wasps RFC amongst others.

What’s the best or most memorable campaign you’ve worked on?

Tough question…there have been tonnes of epic campaigns since starting the agency and some moments that have made us very proud. For example, the activation of Muller’s sponsorship of Team GB at the Rio Olympics and the launch of the UEFA’s women’s campaign #WePlayStrong.

But, probably the most memorable is the Made to Move campaign we are promoting for Lucozade Sport which features Anthony Joshua and I’m delighted to say that were nominated for Best Use of PR in the Sports Industry Awards.

Finally, given the sports focus of Mongoose, does that reflect back in the culture of your team?

Absolutely, it sounds cheesy but it’s in the agency’s DNA. Everyone lives and breathes sports and entertainment in one form or another. We even have a range of social groups including – run club, we do HIIT training together every Tuesday and our summer party is a highly competitive mixed doubles tennis tournament.

Opinion: Why “PR” is having a renaissance
Brendon Craigie, co-founder and managing partner at Tyto PR, examines why PR professionals are once again adopting the PR moniker. The public relations industry is in the [...]
News Analysis
Request a Demo and Pricing
Connect on Social:
Meet the Journalist: The Hook’s Mike Burton