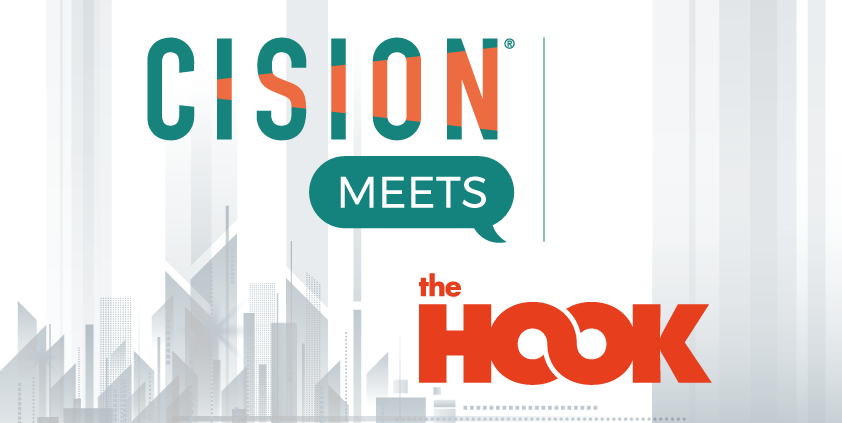 Cision is thrilled to announce the launch of the CisionMeets… webinar series, which combines its industry-leading media briefings with the webinar format.

CisionMeets… webinars will marry the insight-laden Q&A format of traditional media briefings with the visual opportunities and unlimited space for attendees provided by webinars.

To help launch this new series, we are delighted to be joined by social publisher The Hook’s chief content officer Mike Burton and head of production Jessica Lever.

From 3pm-4pm on Tuesday 18 September, Lever and Burton will talk all things The Hook. The pair will start with a short opening presentation which will be followed by a Q&A covering topics ranging from the publisher’s audience to how it works with PRs to produce its content.

A social publisher with a tongue-in-cheek tone, The Hook is synonymous with viral entertainment, pop culture and comedy content featuring a host of celebrities. The title has worked with the likes of Dwayne “The Rock” Johnson, Chris Pratt and Denzel Washington to produce compelling content which helped the stars to promote upcoming projects.

The Hook uses its own original entertainment and comedy content to engage and amuse, which has helped it to build a core millennial and generation Z audience of over 10 million across all its social channels.

Join us from the comfort of your own desk on Tuesday September 18 for insight into one of the fastest growing and most popular social publishers.

Opinion: Why “PR” is having a renaissance
Brendon Craigie, co-founder and managing partner at Tyto PR, examines why PR professionals are once again adopting the PR moniker. The public relations industry is in the [...]
News Analysis
Request a Demo and Pricing
Connect on Social:
How to map data to storytelling