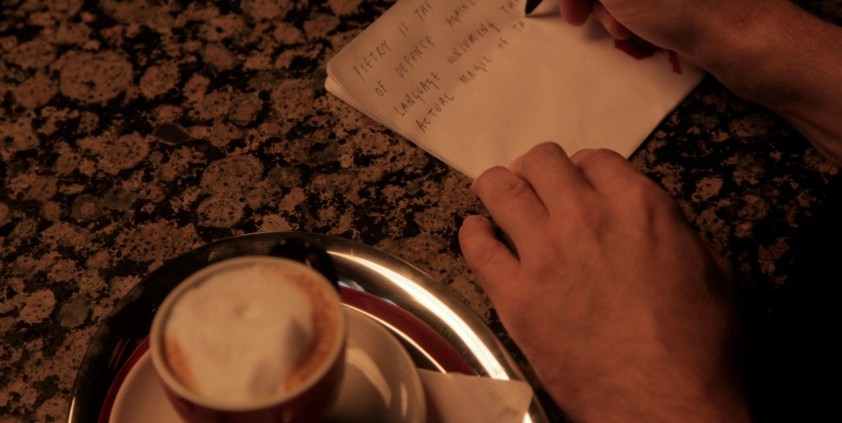 DeVries SLAM is handling the UK PR for this year’s Pay With A Poem campaign, a global initiative from Viennese coffee roaster Julius Meinl, which celebrates World Poetry Day by allowing customers to pay for their coffee or tea with a handwritten poem.

Julius Meinl aims to inspire global creativity on World Poetry Day (21 March) as it launches its second Pay With A Poem campaign across more than 30 countries. The “unique” payment method aims to showcase the connection between coffee and literature and turn poetry into a currency for the day.

DeVries SLAM will provide an international PR strategy and content creation activity for the campaign. It will also be supported by global campaign ambassador and internationally acclaimed poet Robert Montgomery, who is described as “text-art Banksy”.

Following World Poetry Day, Montgomery will create one collective piece of art made from thousands of poems. The public art installation will bring together different thoughts, perspectives and creative moments from around the world.

Marcel Löffler, Julius Meinl’s CEO, said: “Last year was a pivotal year for the brand. We launched Pay With A Poem globally and it received a hugely positive reception. The campaign proved that there was an overwhelming appetite for poetry, even in today’s world. This year we are continuing to push the boundaries to inspire an increasing number of people with coffee and poetry, and in turn make Pay With A Poem even bigger.”

Opinion: Why “PR” is having a renaissance
Brendon Craigie, co-founder and managing partner at Tyto PR, examines why PR professionals are once again adopting the PR moniker. The public relations industry is in the [...]
News Analysis
Request a Demo and Pricing
Connect on Social:
Hainan Airlines seeks European PR agency